Edgar J Hoover, the first director of the FBI and often referenced as the most powerful man in America, was a complete mystery.

In public, Hoover waged a vendetta against homosexuals and kept “confidential and secret” files on the *** lives of congressmen and presidents. But privately, according to some biographers, he had numerous trysts with men…and women.

The late head of the FBI has become a trending topic with the release of a bulk of the remaining sealed documents related to the 1963 assassination of President John F. Kennedy.

He began a career at the U. S. Department of Justice following graduation and in 1935, Hoover established the FBI National Academy to train selected personnel from state and local law enforcement agencies throughout the country.

In the late 1960s, Hoover established the National Crime Information Center, the precursor of the now wide-spread internet-based communication of law enforcement data. He was found dead of natural causes at his residence on the morning of Tuesday, May 2, 1972, ending nearly 48 years at the helm of the FBI. Hoover was, and still is, one of the most widely known public officials of all time.

However, he was completely devoted to the Bureau and never married.Edgar J Hoover

Historians say Hoover hunted down and threatened anyone who made insinuations about his sexual preferences. It is widely known many people who knew him thought he was gay.

Other Hoover’s biographers think the man was not gay and was even attracted to several women, among them Dorothy Lamour. 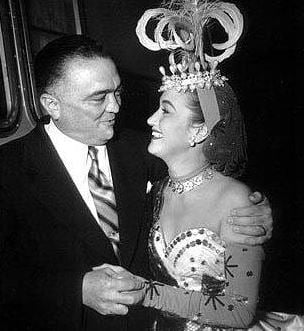 Miss Lamour was an actress and singer best known for appearing in the Road to… movies, a series of successful comedies starring Bing Crosby and Bob Hope. The stunning Louisiana native was born December 10, 1914.

She was married twice and was also the mother of two children. She first wedded Harvey Kay in 1935. She and Kay divorced in 1939 and in 1943 tied the knot to William Ross Howard III. Her second marriage also ended in divorce in 1978.

Lamour who died aged 81 in 1996- was said to have had an affair with Hoover in the 1940’s and she never denied the rumor. The two had met early in her career and biographers say the two spent a night together at a Washington, D.C. hotel. 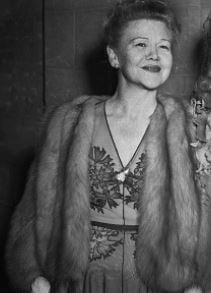 Lela Rogers is best known as the mother of actress, Ginger Rogers. She was divorced from Ginger’s father and attended numerous social events with Hoover. By the late 30’s people close to the couple though they would eventually marry.

She admitted that they were good friends but said the rumor develop through a misunderstanding.

Lela Rogers was an Iowa native who was born December 25, 1891. She was an editor and a theatrical producer in her own right. She was one of the first women to join Marine Corps at the beginning of World War I and eventually became editor of the Marine magazine.

Mrs. Rogers covered theater for the Fort Worth (Texas) Record. Her daughter, Ginger, made her debut in Fort Worth and went on to a noteworthy career in motion pictures, on the stage, and in nightclubs. 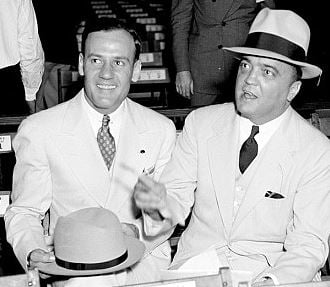 While still living with his mother in his 40’s Hoover was thought to be homosexual. He and FBI associate Clyde Tolson developed a close relationship and Tolson has been often described as his secret lover.

Clyde Tolson became an associate director of the FBI and Hoover’s right arm.

Hoover described Tolson as his alter ego: the men worked closely together during the day. Aside from work they also stayed single and shared many activities including frequent meals, night club outings and even vacationed together. Their relationship both in the office and outside, is often cited as evidence that they were lovers. Others describe their relationship as ‘brotherly.’

Clyde Tolson was born May 22, 1900, the Missouri native is best known in history as the associate FBI director responsible for personnel and discipline –and most importantly perhaps, as the protégé of Hoover.

He attended Laredo High School and subsequently graduated from Cedar Rapids Business College in 1918. He also earned a Bachelor of Arts Degree and a law degree from George Washington University. He joined the FBI in 1928 with the intention of opening a law practice.

He participated in high profile arrests and was made Associate Director in 1947. He had previously been promoted to assistant director in 1930. Hoover left Tolson his estate of US$551,000. Tolson moved into his house and also aaccepted the U.S. flag draped on Hoover’s coffin.

Clyde Tolson died aged 74 of heart failure and was buried near Hoover’s grave.