E. Jean Carroll is a veteran journalist who has come forward in an essay made to NY Magazine from her upcoming book -accusing President Donald Trump of rape -which is perhaps the most disturbing claim ever made against the president.

75-year-old Carroll revealed the alleged rape took place in the fall of 1995 or spring 1996 while she was shopping at Bergdorf Goodman in Midtown. She claims Trump approached her and asked if she could stick around to give him advice on a present he was getting for “a girl.”
The then high-rolling Manhattan real estate mogul but ended up raping her in a dressing room. Carroll says after her encounter with Trump she was left with mental scars for the rest of her life.
Check out her top facts below. 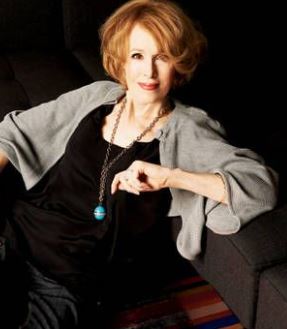 #1 She was born in Michigan but was raised in Indiana

Elizabeth Jean Carroll was born December 12, 1943; the Detroit Michigan native was born to parents Tom and Betty Carroll -who was an Allen County, Indiana politician. She was nicknamed Betty Jean as a child.

#2 She was crowned Miss Indiana University

#3 She had her own talk show

She began writing the “Ask E. Jean” column in September 1993. The column was turned into a TV show for America’s Talking, NBC’s pre-cursor to MSNBC, between 1994 and 1996. Carroll’s work has been featured in Esquire, Playboy and Outside.

#4 She claim Trump raped her over 25-years ago

Carroll described helping Trump buy a lingerie gift for a woman, at the time Trump was married to his second wife, Marla Maples. When Trump insisted that Carroll try on the lingerie, she says he pushed her up against a wall began “forcing his fingers around my private area, thrusts his ***** halfway — or completely, I’m not certain — inside me.”

#5 She told two friend about her encounter with Trump

Carroll wrote that when she told two close friends about the alleged attack, one of them, a journalist, urged her to contact police.
Carroll wrote: “‘He raped you,’ she kept repeating when I called her. ‘He raped you. Go to the police! I’ll go with you. We’ll go together.'”

But the other friend, who is a New York anchorwoman, “grew very quiet when I told her.”

“Tell no one. Forget it! He has 200 lawyers. He’ll bury you,” that woman told Carroll, according to the article.

#6 She was never intimate with anybody ever again

Carroll says she has never fully recovered from the horrifying incident. According to her essay in New York Magazine, Carroll was never able to have *** with anybody ever again.

#7 Trump is not the only man who allegedly assaulted her

In Carroll’s new book, “What Do We Need Men For? A Modest Proposal.” Carroll, alleges that Donald Trump attacked her in a Bergdorf Goodman dressing room. However she says Trump is one of six men who assaulted her in the past. Another is former CBS CEO Les Moonves.

#8 She was nominated for an Emmy

Carroll’s “Ask E. Jean” column has appeared in Elle magazine since 1993. She is a renowned writer and was even nominated for an Emmy Award for her work on “Saturday Night Live” in 1975.

#9 She co-founded a number of websites

Carroll and her sister, Cande Carroll co-founded Greatboyfriends.com. On the site, women recommend their ex-boyfriends to each other. The Knot, Inc. bought GreatBoyfriends in 2005. She also launched Catch27.com and Tawkify.Com

#10 She has written a number of books

Carroll’s titles include “Female Difficulties: Sorority Sisters, Rodeo Queens, Frigid Women, Smut Stars, and Other Modern Girls” “A Dog in Heat Is a Hot Dog and Other Rules to Live By” “Hunter: The Strange and Savage Life of Hunter S. Thompson” and “Mr. Right, Right Now”