New couple alert! Amie Nicole Harwick has been identified as the new love interest in the life of actor, TV host and comedian Drew Carey.

Amie, a therapist and the Whose Line Is It Anyway? host met at a party about a month ago and began dating soon after. The two apparently are now an official couple after attending a soccer game in Portland as noted by TMZ. The gossip site also revealed the love birds had a blast at the game and they goofed around on the field.

Carey 59, is an Ohio native who served in the U.S. Marine Corps and performed as a stand-up comedian. After gaining popularity for his funny act he went onto star in his own sitcom, The Drew Carey Show. He is also known for being the the host of the U.S. version of the improv comedy show Whose Line Is It Anyway?.

Carey got engaged to Nicole Jaracz in 2007, becoming a father figure to Nicole’s son Connor. However, the couple split five years later, never getting married.

Will Amie Nicole Harwick and Carey make it all the way to the altar? Let’s get to know her a little better. 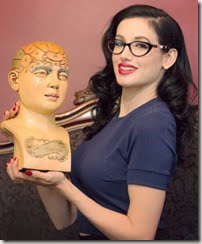 What could possibly be better then dating a therapist? How about dating a *** therapist! The **** 36-year-old happens to be just that.

According to a profile she is a licensed Marriage and Family Therapist who has been practicing since 2010.  Dr. Amie Harwick holds her Bachelors of Arts in Psychology from California Polytechnic University in Pomona, California.  She has her Masters of Arts in Clinical Psychology with an emphasis on Marriage and Family Therapy from Pepperdine University.  She graduated from the Institute for Advanced Study of Human Sexuality with her Doctorate of Human Sexuality.

According to her LinkedIn, aside from having a degree, Amie Nicole Harwick is also a model and author. She appeared on “The Price Is Right” the live touring show and is the author of the book, “The New *** Bible for Women.”

Dr. Harwick who has her own website, has experience working with a variety of clients. She has worked specifically with the following issues: anxiety, depression, divorce, academic stress, relationship issues, victims of domestic violence, victims of sexual abuse, *** addictions, sexual issues, body image issues, families, couples, and more. Specialty areas include *** therapy, anxiety, and women’s issues.

Amie Nicole Harwick appears to be the perfect combination of brains and beauty. Thought on the new couple?

You can check her out on Instagram here, where she has gained a decent following.