Gareth Pursehouse was in a relationship with the ex of Drew Carey, Amie Harwick -who died by the hand of Pursehouse.

Amie Nicole Harwick, a stunning well known *** therapist is said to have been murdered by her current boyfriend, named as Gareth Pursehouse.
Dr. Amie Harwick was in a relationship with actor, comedian and TV personality Drew Carey and they were even engaged back in 2018.

According to a profile Amie Harwick was a licensed Marriage and Family Therapist who had been practicing since 2010. She studied Psychology at California Polytechnic University in Pomona, California. She also attended Pepperdine University where she earned her Masters of Arts in Clinical Psychology with an emphasis on Marriage and Family Therapy. She graduated from the Institute for Advanced Study of Human Sexuality with her Doctorate of Human Sexuality.
According to her LinkedIn, aside from having a degree, Amie Nicole Harwick is also a model and author. She is the author of “The New *** Bible for Women” 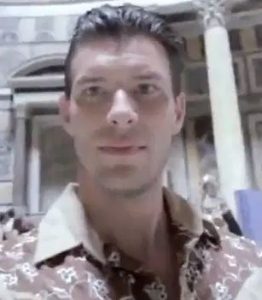 According to reports, Harwick was found unresponsive on the ground below a third-story balcony in the early hours of February 15th. It is believed she and Gareth Pursehouse, who forced his way into her apartment -got into a fight. Police arrived for reports of a woman screaming.
41-year-old Gareth Pursehouse was taken into custody late on Saturday and charged with murder. He and Amie had recently broken up and she had a restraining order on him.

Gareth Pursehouse is a California native, resident of Playa del Rey. He is a a photographer and is also listed as working as a software engineer and developer, according to his LinkedIn profile. He was most recently a lead architect at Internet Brands in the Los Angeles area.
He is also active on social media with accounts on Twitter and an outdated YouTube channel. According his Channel, he joined the video sharing platform in 2006. His videos have amassed a total of over 546k views, however Gareth Pursehouse uploaded his last video in October 2015. Most of his videos are about travel, photography equipment, or video game play.

Pursehouse is being held on $2 million bail at the Los Angeles County Jail.