27-year old Irishman Doug Leddin has gone viral after he posted a brave and honest video about his double life. Since sharing the video on his Facebook profile yesterday, it has been viewed over 800K times.

Doug Leddin begins his candid story about living with depression saying for the past 10-years he has been living a double life. The one that friends and family would say he is a happy, confident, hard working guy and the one he is living inside, a guy who suffers immensely with depression.

Doug –a marketing director –writes in his post, that after a lot of thought and consideration, he decided to make a video to lift the burden and to share his experience. Doug said he kept his battle with depression a secret, for fear of loosing friends or not being accepted.

He said though the video will come as a surprise to some of his closest friends, he hopes it will help someone, that might be going through the same.

I’m talking about depression and its something we all need to talk more about, for too long people have suffered in silence and its not right and as hard as it is to talk about it, it genuinely does help. Im not saying that by opening up to your friends, family, colleagues or even teammates that it will make everything ok, but it will certainly help.

Since he was 16-years-old Doug Leddin has been in and out of doctors trying to get help. He describes it that period, “I pushed myself into a dark place, a dark corner with only one way out. And I thought about that way every day for ten years – and you shouldn’t think like that. But I was alone, in my own mind, even though I could never be alone.”

Leddin also throws in statistics saying, 550 people took their own lives in Ireland due to depression.

Doug also adds the past year, has been a lot better and says he is in a better place in his life now. He thanks his family for the support.

Doug ends the post in a positive way saying: “Together we can beat the stigma associated with mental health, an issue that is on the rise with people of our generation. Just remember you are not alone!” 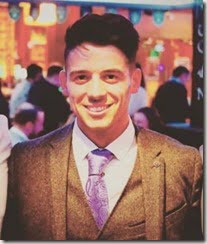 Doug Leddin was born November 23, 1988. He is originally from Rathfarnham and currently resides in Dublin, Ireland.

According to his LinkedIn, he is a 2007 graduate from St Mary’s College. He holds an Event Management & PR, Event Management and Public Relation degree and an Online Marketing and Social Media degree from the Dublin Business School.

He has been the marketing manager at An Pucan bar and restaurant, since 2014 and is currently the group manager for 100minds. He was previously the marketing director at Bright Lights Media Ltd, he was also the Youth Market Leader and Online Marketing Director at The Signature Group and was part of the marketing staff at Spin 1038.

On social media is clear to see the fun, happy side he talks at the beginning of his video. On Instagram you can see a popular Doug who is also into fitness and sports, he belongs to a local rugby team and keeps busy hitting the gym regularly.

He tells in his post sharing his story was the most nerve wracking thing he’s ever had to do, also listing several organizations that can help people cope with mental illness.