Ryan Melcher happens to be the only grandson of the singer turned actress Doris Day –who sadly passed aged 97. Doris, an Ohio native and descendant of German immigrants starred in films such as Calamity Jane and Pillow Talk and had a hit in 1956 with Que Sera, Sera (Whatever Will Be, Will Be).

In a statement, the Doris Day Animal Foundation said she died on Monday at her home in Carmel Valley, California. Doris had been out of the public eye for decades.

Doris is survived by her handsome grandson, Ryan Melcher. 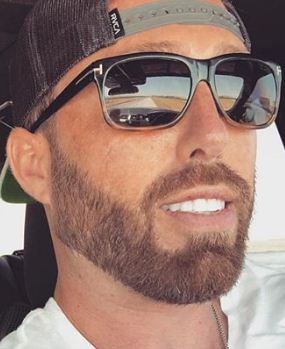 Ryan Jorden Melcher was born on May 1, 1982; the son of Terry Melcher and his second wife, Jacqueline Carlin Melcher; his parents’ marriage ended in divorce in 1997.

His father Terry, was a record producer and musician and the only son of Doris and trombonist Al Jorden –the first of four husbands. He was later adopted by his mother’s third husband film producer Martin Melcher. Terry Melcher died in 2004 of cancer.

Ryan is an award-winning luxury real estate agent. He is a realtor with Sotheby’s International Realty in Carmel, Cali. He also works for David Lyng Real Estate and Carmel & Pebble Beach Luxury Realtor. He previously worked for Carmel Realty Company and J Properties.

According to his website, Ryan grew up in Carmel, where he attended Carmel Mission School. His family decided to move to Carmel after falling in love with the city while they were working on the production of the Monterey Pop Festival; his grandmother later joined the family in Carmel.

He became interested in real estate after his father and grandmother joined the partnership in the Cypress Inn in the 1980’s. He grew up interacting with guests which now comes naturally to him being a realtor.

From his social media we can tell Ryan is an animal lover, he often posts images of him and his dog, Ozzie.