Kasey Smith is the former wife of TV and film actor Donal Logue 51. The former couple were together in a committed relationship for a number of years and share two children together.

During happier times the two lived together with their two children, though is not exactly clear what happened between the couple is safe to say they remain close due to their son Finn and daughter, Jade.

As a matter of fact, Kasey Smith and her famous actor hubby welcomed two sons, Finn and Arlo –who is now known as Jade and is openly transgender. 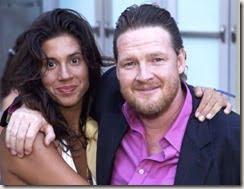 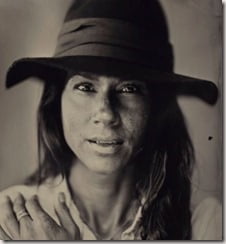 According to social media, Kasey Smith is originally from Flint, Michigan and currently resides in Los Angeles, California. Kasey is an actress who had a number of roles but is not in the business anymore.

On the other hand, Donal born in Canada to Irish parents –is known for his roles on The Tao of Steve, Sons of Anarchy, and Grounded for Life. He also plays the recurring role of Lt. Declan Murphy on NBC’s Law & Order.

Unfortunately not many more details are known about Donal’s ex-wife and mother of his two children. What we do know is that they are both dedicated, caring parents currently in search for Jade –who has been missing since June 26th.

Both parents have been writing about their daughter on social media. Kasey Smith, shared Donal’s post on Facebook and wrote, “I ditto this. Jade is a tender loving soul. With intelligence that surpasses my hopes, but still a kid. A beautiful kid. If you are connected to jade and have information. Contact the numbers below. Or her parents. Contact us. Please.”

You can also check out Kasey Smith on Twitter here.