Desiree Lindstrom is the current and much younger girlfriend of rapper Earl Simmons -best known as DMX.

DMX began is career as a beatboxer in the late 80’s. His most popular song is the hit single “Party Up (Up In Here).” In 1999 he released the successful album And Then There Was X. Since then he has sold over 30 million records worldwide during his career. Simmons also published his book E.A.R.L.: The Autobiography of DMX in 2013.

Desiree’s man has been linked to numerous women and is said to have a total of 15 kids. The ‘Ruff Ryder’s Anthem’ hitmaker has previously revealed that he already has children with nine different women including ex-wife Tashera Simmons, with whom he shares four kids. 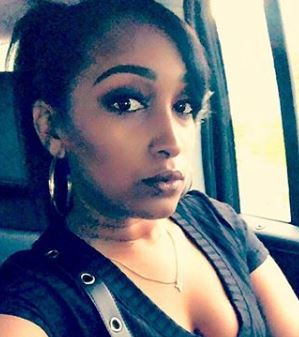 They married in 1999 and split in 2010 but remain friends, despite having multiple extramarital affairs during his marriage, some of whom he ended up fathering children with. Most recently he dated model, Yadira Borrego with whom he fathered two children.

Lindstrom appears to be the current and latest baby mama. She and DMX began dating a few years ago, she gave birth to their child, son Exodus in 2015. Desiree Lindstrom gave birth in NY and is her first child.

Last year Desiree Lindstrom and Tashera Simmons both wrote letters in order to sway judges to shorten DMX’s prison sentence. The rapper previously plead guilty to tax fraud after attempting to dodge the $1.7 million he owes in back taxes. But Desiree and Tashera wrote a detailed letter to the judges on how much he is needed by his children. Desiree expressed her loyalty to the rapper saying “Through the years behind closed doors, I have stood by a man that is mentally fragile, suffers from insomnia, traumatic memories, shame, depression and years of what I call street education.

The mom of one is pretty active on social media and often posts images about her man and their little one. On Instagram she writes that she is engaged to the rapper. Find her here.