Meet Kellie Chauvin also known as Kelli May Xiong; she is the wife of Derek Chauvin, the Minneapolis police officer who knelt on the neck of George Floyd who later died.

Derek Michael Chauvin, 44, was fired from his joB and charged with 3rd-degree murder and 2nd-degree manslaughter. Along with Chauvin were three other police officers, who were also fired. According to Brian Mundon’s post on Facebook, one of the officers was Tou Thao, who is the brother of Chauvin’s wife Kellie Chauvin, however other sources denied the relationship. 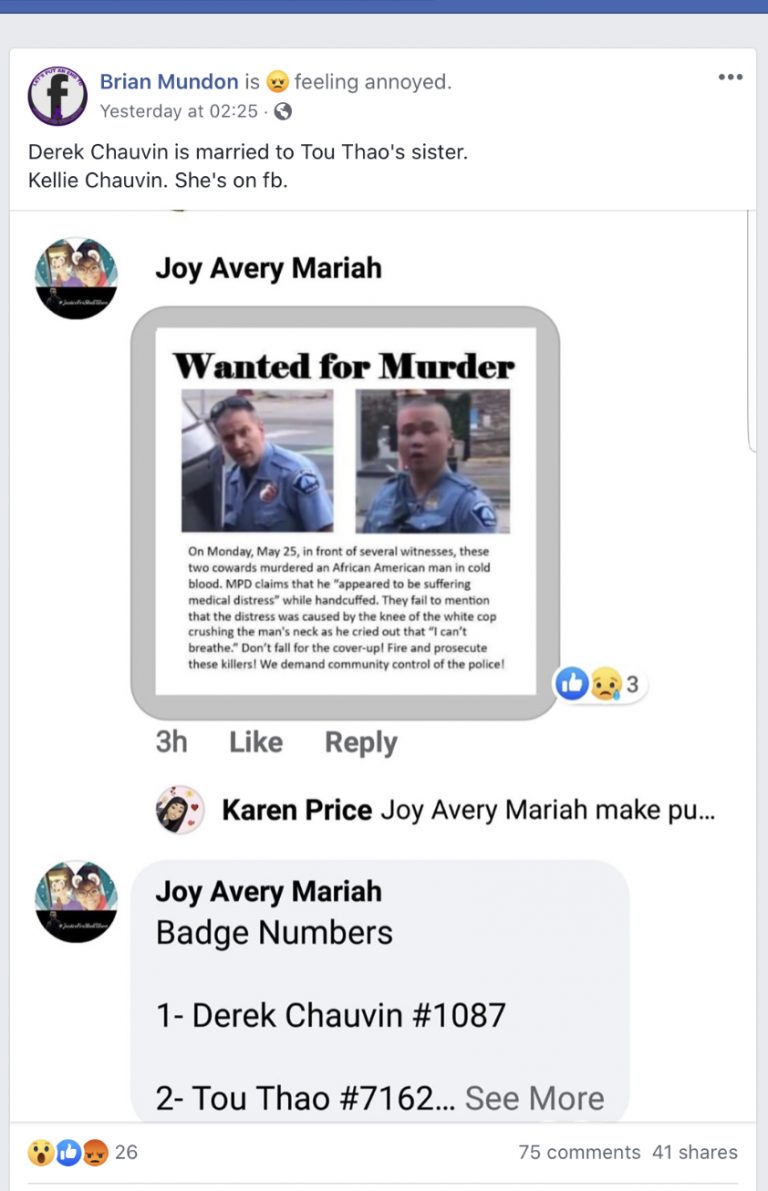 Kelli Chauvin was born Kelli May Thao on October 21, 1974, in Laos. Kellie was still a little girl when her family fled for safety from Laos to a refugee camp in Thailand. In 1980, she eventually moved to Eau Claire, Wisconsin, where her parents later got her into an arraigned marriage to Kujay Xiong, a man she barely knew.

“As a Hmong woman, if you’re not married by 18 then your parents think that nobody will marry you,’’ Kellie Chauvin said.

Kellie and Kujay, had two children together, including George Xiong. Kellie said her husband was abusive and eventually filed for divorce.

But before all of that happened, she faced charges for writing a bad check, according to the Daily Mail, her husband Kujay eventually paid the cash she owned and the case was finally dismissed.

Kellie went to college and earned her associate’s degree in radiology, subsequently did an internship in the emergency room at Hennepin County Medical Center in Minneapolis, where she later worked full-time for over a decade.

In 2018, she competed to be Mrs. Minnesota America.

Kellie and Derek Chauvin met while she was working at the hospital and he brought someone in for a health check before an arrest, after taking the suspect to jail, Chauvin returned to the hospital and asked her to go out with him.

They started dating and tied the knot on June 12, 2010, in Washington County, Minnesota

“Under all that uniform, he’s just a softie,” Kellie Chauvin said of her husband. “He’s such a gentleman. He still opens the door for me, still puts my coat on for me. After my divorce, I had a list of must-haves if I were ever to be in a relationship, and he fit all of them.”

Kellie Chauvin filed for divorce in Washington County, Minnesota on May 30, 2020; they split up on May 28. 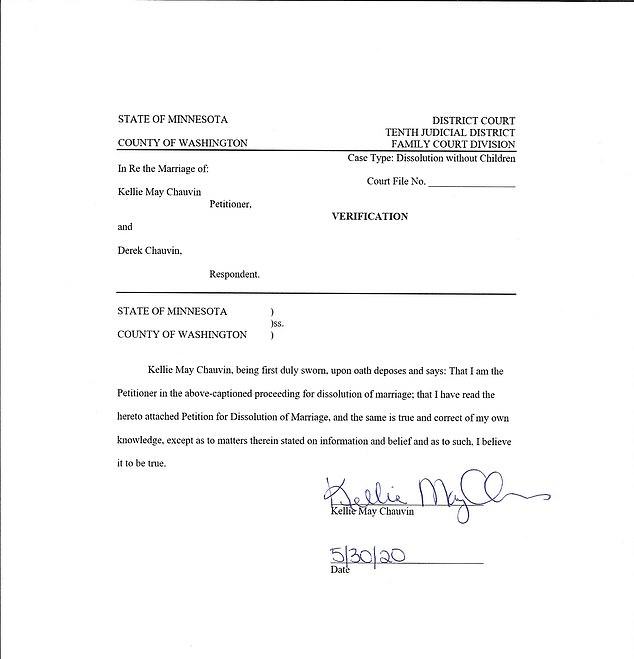 ‘While Ms. Chauvin has no children from her current marriage, she respectfully requests that her children, her elder parents, and her extended family be given safety and privacy during this difficult time.

There has been an irretrievable breakdown of the marriage relationship of the parties within the definition of Minn. Stat. 518.06, and the marriage cannot be saved.