Dennis Wilson along with his brothers, Brian and Carl Wilson, cousin Mike Love and neighbor Alan Jardine co-founded 60’s rock band, The Beach Boys. The musician served as the band’s drummer but tragically died in 1983.

When talking about Dennis Wilson is almost impossible not to talk about his association with serial killer, Charles Manson.

A new memoir by Beach Boy Mike Love, tells Wilson once told him he witnessed Manson killing a man.

Dennis Carl Wilson was born on December 4, 1944, in Inglewood, California. He played the drums and was also a singer/songwriter. He occasionally sang lead vocals, including for the 1965 hit “Do You Wanna Dance.”

He is also well remembered for his struggle with alcohol. The middle of the three brothers, drowned on December 28, 1983, at age 39, in Marina del Rey, California.

Dennis –who was the only serious surfer in the Beach Boys –co-wrote a song with Manson called “Never Learn Not to Love” which the Beach Boys eventually recorded.

Manson along with some of his female followers stayed in Dennis’s house in the spring and summer of 1968.

Dennis branched out into films and did a number of projects on his own including, appearing alongside James Taylor in Two-Lane Blacktop (1971). He was also the first Beach Boy to put out a solo album: Pacific Ocean Blue(1977).

However, his destructive behavior, led the band to banned him sometimes. He also struggled financially and was married five times.

He is survived by four children from three different marriages.

He was first married to Carole Freedman. They were married from 1965 until 1968.

With her he became father to daughter, Jennifer Beth. At the time he also adopted Carole’s son, Scott. 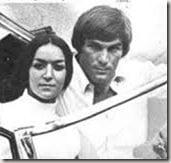 He then married second wife, Barbara Carol Charren in 1970. With her he fathered two children: sons Carl Benton and Michael Dennis. They divorced in 1974. 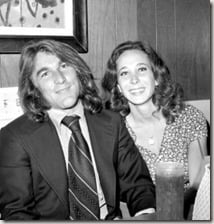 Dennis married third wife, actress-model Karen Lamm in 1976 only to divorce her the following year. They were married a second time in 1978, which lasted until 1980. The couple did not have any children. Karen Lamm who was also married to Robert Lamm, died in 2001 aged 49. 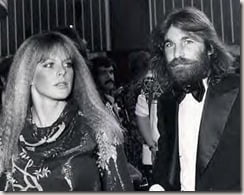 Shawn Love, the illegitimate daughter of his cousin and fellow band member, Mike Love; was his fifth and last wife. They were married in 1983. At the time of their marriage, she was 18. 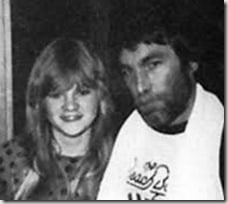 Shawn Love and Dennis produced son, Gage Dennis. They were separated at the time of his death.

Shawn insisted that her husband be buried at sea; it was only with the intervention of then-President Ronald Reagan that the at-sea burial was allowed. Shawn Love died in 2003 of liver cancer. She was 38.

At the time of his death, he had been in rehab days prior but got out for the Holydays. On December 28, he went diving while staying at a friend’s yacht. He went underwater after he had been looking for things he had previously tossed out of his old yacht.

Toxicological tests showed Wilson’s blood alcohol level to be 0.26 — more than twice the legal limit for driving. A week after his death, Dennis Wilson’s ashes were sprinkled into the Pacific.