Montano’s mother Denise Pruett bought a house in Murfreesboro, TN in 2003, this neighbors said police were called to the home quite often, Mrs. Pruett who lived with Montano and her daughter Sunshine said her son was diagnosed with paranoid schizophrenia in 2006.

She moved out from that home and lives now in Florida, the last time Denise Pruett  saw her son was in Illinois in March 2013. 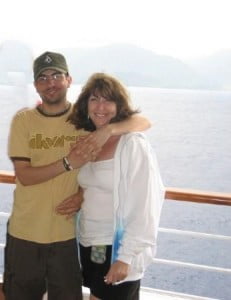 56-year-old Denise A. Pruett aka Denise Reyes and Denise Montano born on June 15, 1959 filed a missing person report two days before Montano’ attack at the theater. Online records found Denise Pruett worked at the Mayo Foundation and currently works as a Baseline Technician at Verizon Wireless  in Pensacola, FL; she appears to be the daughter of 72-year-old Eva Montano Rodriguez.