According to reports, Virginia is said to have let a man raped daughter Demi for a few hundred dollars decades ago. Moore who is now 56, has revealed -that she was raped when she was 15 and that her attacker said to her “How does it feel to be whored by your mother for $500?”

Moore also added that she doesn’t believe her mother sold her, however, she is aware that her own mom did put her in ‘harms way’ -Demi who became a household name after films like Striptease -where she was paid $12.5 million; and Ghost -has released a new memoir called Inside Out -where she talks about her childhood. 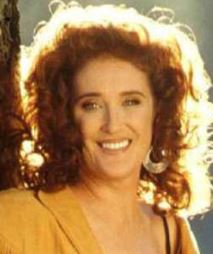 The New Mexico native stared opposite Robert Redford in the 1993 drama Indecent Proposal, she also appeared on films including Disclosure, G.I. Jane, The Juror and The Scarlet Letter.
The mom of three has been married three times. Frist to Freedy Moore from 1980 until 1985. Then to Bruce Willis from 1987 to 2000, and second to Ashton Kutcher from 2005 until 2011. Willis is the father of her three daughter Scout, Tallulah and Rumer.

Her mom was born Beverly Virginia King on November 27, 1943. She was first briefly married to Demi’s dather, Charles Harmon but the two divorced before Demi was born.

Just months after giving birth, Virginia married a second time. She was later known as Virginia Guynes following her marriage to Private and Danny Gene Guynes -who was Demi’s stepdad. Virginia and Danny had one child together, son Morgan Guynes.

Virginia was an alcoholic and drug addict and according to Demi she was left to care for her after her stepfather left her. Danny eventually died by suicide in 1980. King also had a number of suicide attempts.
Virginia who was a divorcee would allegedly bring her then teen daughter Demi to bars so men would notice her.
After her daughter’s career began taking off, she would parody Demi -posing nude for High Society Magazine and even parodied Moore’s controversial pregnant Vanity Fair cover. By then Virginia was estranged from her famous daughter who had been paying for her rehab treatments.
She died on July 02, 1998 at age 54, after losing her battle with brain cancer. Demi was with her at the time of her death.