Deborah Danner has been identified as the African American woman who was killed by an NYPD officer yesterday in the Bronx.

Yet another person has died at the hands of a police officer and the question is always the same, why would Sgt. Hugh Barry decided to use lethal force instead of his stun gun, to stop 66-year-old Deborah Danner?

According to reports, cops arrived at Pugsley Ave. building near Seward Ave. in Castle Hill around 6:06 p.m., in respond to a neighbor’s complaint about Deborah Danner behaving “in an irrational manner.”

Police sources have told media, officer Hugh Barry entered the seventh-floor apartment and found a naked Danner in a bedroom holding a pair of scissors and threatening cops.

Barry allegedly convinced the disturbed Danner to drop the scissors but sources say she grabbed a wooden bat instead and lunged at Barry.  That’s when tragedy struck and Barry –who was armed with a Taser –decided to fire two shots, hitting Danner in the torso.

She was rushed to Jacobi Hospital, where she died from her injuries. Now, why would an elderly woman with clear mental problems should have to die like this?

As expected, activists have denounced the officer’s use of deadly force. The president of Black Lives Matter New York, Hawk Newsome said “”These police officers need to start using their brains and stop using their guns.”

Read below interesting facts about officer Barry and his victim, Deborah Danner. 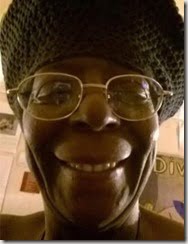 1. Danner who lived alone, is believed to have suffered from mental issues, neighbors say.

2. Police took her out of the apartment several times, once in a straight jacket.

3. She lost her mother a several years ago, reason why is believed her behavior took a dramatic decline.

4. According to a LinkedIn profile, she was a former student at New York Institutue of Technology – Manhattan campus.

5. She was active on social media and once wrote on Twitter: “Wherever this Life’s Journey leads and whatever happens, I GO DOWN FIGHTING!!!!”

2. Barry is an eight-year department veteran working in the 43rd Precinct.

3. Hugh Barry was placed on modified duty, stripped of his gun and shield.

4. The NYPD is investigating why he didn’t use the stun gun he had on him.

5. He  is said to have an impeccable record.