Debbie Reynolds famous for her role as Kathy Selden in Singin’ In the Rain alongside Gene Kelly and Donald O’Connor. She married three times and had two children from her first marriage to Eddie Fisher, son Todd and daughter Carrie Fisher, who rose to stardom with her role as princess Leia in the Star Wars films.

Mrs. Reynolds was 84 when she died of a stroke on December 28, 2016, a day after her beloved daughter Carrie passed away from a heart attack. Debbie is survived by her son Todd Fisher and granddaughter Billie Lourd.

According to media Debbie was at her son’s Beverly Hills home planning Carrie’s funeral when she began experimenting trouble breathing. Mrs. Reynolds was rushed to Cedars-Sinai Medical Center where she died at approximately 6:00 pm. Her death was confirmed by her son Todd, who added the stress of Carrie’s death has been too much for their mother.

“She’s now with Carrie and we’re all heartbroken.” 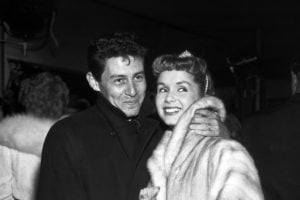 Debbie Reynolds was 23 on September 26, 1955 when she married singer Eddie Fisher; Debbie gave birth to their first child together, daughter Carrie Frances Fisher on October 21, 1956; then to a son, Todd born on February 24, 1958. 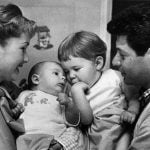 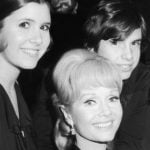 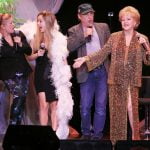 Their marriage came to an end after Debbie found out Eddie was having an affair with actress Elizabeth Taylor, and eventually divorced in 1959.

It is important to point out that Debbie and Liz Taylor were best friends, so was Eddie to Mike Todd, then married to Taylor. Eddie left Debbie in May, 1959 to live with Elizabeth. 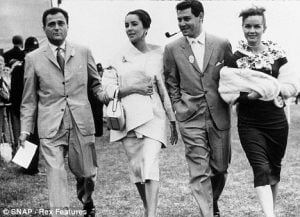 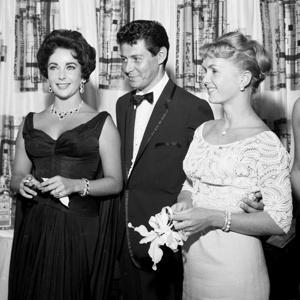 Seven long years passed until Debbie and Elizabeth put a stop to their feud and reconciled. Debbie once said.

Still, if your husband’s going to leave you for anyone, it might as well be Elizabeth Taylor. She was beautiful, smart and a very sexual woman and I was very different – not exactly a *** kitten. I told him she’d throw him out eventually and that’s exactly what happened. But he wasn’t the brightest of men.’

Harry Karl- Gambling his and hers 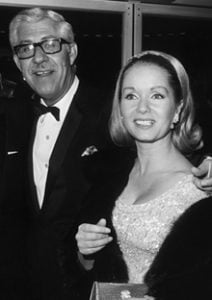 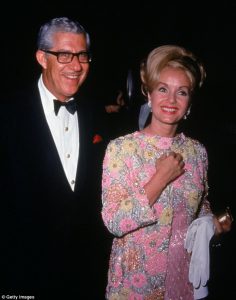 On November 25, 1960, Debbie married millionaire businessman and shoe store chain owner Harry Karl, who had been previously married to actress Marie McDonald known as “The Body.” 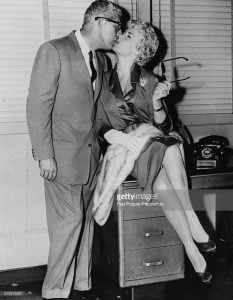 Unfortunately, Debbie’s second marriage didn’t work out due to Karl’s bad investments and gambling that consumed not only his fortune but also hers; they divorced in 1973, when her children her 17 and 15. Debbie once said Karl was a wonderful man who loved her and her children. The problem had been that he loved her money as well. 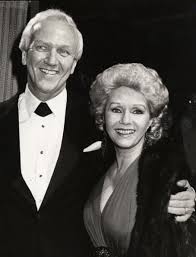 On May 25, 1984, Debbie married her third husband Richard Hamlett, a real estate developer from Roanoke, Virginia that spent the last of her fortune. At one point, Debbie feared his greed for money would get her kill, that way he would cash in on her insurance policy.

He disappeared for two days with his mistress in June, 1993. When he eventually came back, he looked at her with a look in his eyes that scare the life out of her. 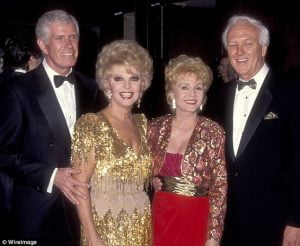 He told her he needed to talk to her, but he wanted to have the conversation on the balcony of her 12th floor apartment.

“Why did he seem so intent on getting me out to the balcony, which is only about three feet wide – not enough room to have a friendly conversation? Was he thinking about my million-dollar life insurance policy?

“I could practically see the dollar signs floating above his head. I was sure he was going to toss me off the balcony. One shove and all his troubles would be over. I pictured myself plummeting 12 floors to the pavement.”

The following day, she asked him to meet her at a local cafe, to discuss their divorce and where he finally told her more than she wished for.

“I’m in it for the money. I’m not leaving. You’ll never get rid of me. I control everything. It’s all in my name. You’re just a figurehead. You’re nothing. And I don’t love you.”

Debbie and Hamlett split in 1996 and divorced later that same year.

More of Debbie’s photos with  her three husbands and two children  below,  we’ve added a video, it’s long, but I assure you it’s worth watching.