Samantha Thomas is the lovely wife of English actor, Charlie Cox –whom you may recognize most recently as Matt Murdock / Daredevil.

Samantha’s stud made his claim to fame as Tristan Thorn in the movie Stardust. Later in his career, he played Owen Sleater in Boardwalk Empire and Ishmael in Moby ****. In 2015, he landed the role of the title character in the Netflix series Daredevil.

However, for the dismay of fan, recent reports indicate that his TV series has been cancelled by Netflix after three seasons. The show, featuring Charlie Cox in the lead role, hit the streaming service in 2015 but will not return for a fourth season –reports say.

He received his drama training at Sherborne School in Dorset and appeared in Stone of Destiny as Ian Hamilton. After leaving Sherborne, he enrolled in the prestigious Bristol Old Vic Theatre School, which was founded by Sir Laurence Olivier himself. But he eventually dropped out when someone made him an offer he couldn’t refuse—a role opposite acting legend Al Pacino in the 2004 film The Merchant of Venice. 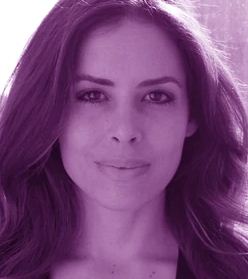 He and partner/wife, Samantha Thomas have been together for a few years.

Thomas is also in showbiz, however her job is all done behind cameras. She is a TV producer who attended Tufts University. According to a website, she has deftly produced branded content for luxury and prestige brands, overseen production on commercial spots, and produced feature and series content for network television.

She is a producer known for Agents of S.H.E.I.L.D. and Jessica Jones.