According to TMZ, Paltrow broke down on the stand this afternoon, testifying she’s weary of fearing the man who’s been stalking her for 17 years.

Gwyneth told the jury she got an attack dog to protect her and her family. At one point she asked her bodyguard to come over and teach the dog attack and bite commands. She was alone at home with the kids and scared.

Dante Michael Soiu currently faces felony criminal charges. Cops reports Dante Soiu allegedly sent the actress 66 letters. The letters not being enough, he’s tried to get to her in several other ways, including leaving

Authorities say in the past Soiu has made “a threat of a sexual nature.”

Paltrow read the jurors various excerpts from several of the letters, including passages about Soiu’s plan to use a scalpel “to cut out sin” from her body, and additional threats of a sexual nature.

Dante Soiu has plead not guilty to the charges against him. And this is where it gets interesting, his attorney claims his recent letters haven’t been ****ographic or threatening, and that he’s a religious man who’s simply trying to help the actress. Seriously, help her? 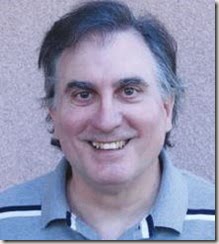 A Facebook page for Dante Soiu, says he is from Columbus, Ohio. He is a graduate from the class of 1971 at Xavier University in Ohio. Dante Soiu is also listed as a Marketing Executive at KTB Products. Inc.

Dante Soiu is also the author of How To Unite Catholic – Protestant Church As One. According to a link on his Facebook, it says the author, Majors in History and World Government, Minors in Philosophy, Theology and Mathematics.

In his book, he states, “the wrong beliefs are shattered and the truth is revealed.”

According to GossipCop, this isn’t the first time that Dante Soiu has been charged with stalking Paltrow

In 2000, he was tried for sending obscene letters and packages, but he was found not guilty by reason of insanity and went on to spend several years in a mental institution.

Dante Soiu hasn’t been active on Twitter lately, but he describes himself on the social media profile, as an Entrepreneur and Public Speaker.