Debbie Shreve was once married to one of Hollywood’s best-known villains, Danny Trejo.

Debbie’s husband was born Daniel Trejo on May 16, 1944; in Los Angeles was once a lightweight prison boxing champion while serving an 11-year sentence for robbery.
The film and voice actor became known for his roles in the 2007 action film Grindhouse, the 1996 film From Dusk Till Dawn, and the 2010 slasher film Machete. He had guest roles in Breaking Bad in 2009 and 2010.
Trejo also had television success with a recurring role on FX’s Sons of Anarchy. And also appeared in the 2001 film SPY kids.
In addition, the TV and film actor is also involved in a number of business ventures including his own brands of beer, coffee, and various merchandise. 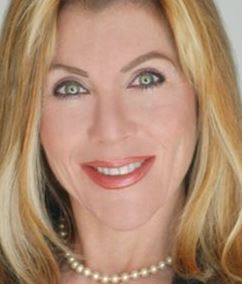 He and former wife Debbie Shreve -an actress turned realtor -were married for 12 years, from 1997 until their divorce in 2009. During their time together they welcomed two children Gilbert Trejo and Danielle Trejo. Danny is also the father of three other children, Esmeralda, Danny Boy and Jose Trejo.

Debbie was born June 5, 1957; also a California native, she is mostly known for being Trejo’s ex-wife however, the stunning blonde also appeared in a number of films including ‘Vengeance’, ‘Tennis, Anyone…?’ and ‘High Hopes’. The two met after she began her acting career.

Nowadays, Debbie Trejo who goes by Debra Shreve Trejo, works as a realtor for the real estate agency Re/Max Olson & Associates -a Real Estate company based in Los Angeles. Following the couple’s divorce she has kept mostly out of the spotlight.
According to her LinkedIn, the lovely former actress attended Los Angeles Valley College and has a 25 year track record selling residential homes and leasing.