Mariane Pearl is the wife of late journalist, Daniel Pearl -who was murdered by terrorists nearly two decades ago in Pakistan.

Marianne’s husband made international headlines after he was kidnapped and beheaded by terrorists in Pakistan in early 2002. Pearl who was at the time a Wall Street Journal reporter, was 39. His murder, was filmed and the video posted online.
At least three people were arrested in connection to Pearl’s kidnapping and murder, among them Ahmed Omar Saeed Sheikh -was convicted of masterminding Pearl’s murder, and sentenced to death in 2002. He has been in jail ever since however, he may be out soon. According to reports Sheikh is known to have been involved in the kidnapping of the journalist but is thought not to have taken part in his killing. Instead, the killing may have been executed by Khalid Sheikh Mohammed, the key organiser of the 9/11 attacks, who is being held at Guantánamo Bay in Cuba.

Born October 10, 1963; the Princeton, New Jersey native attended Stanford University from 1981 to 1985, where he graduated from with a B.A. in Communication. During his professional journalism career he worked at the North Adams Transcript and The Berkshire Eagle in western Massachusetts and later at the San Francisco Business Times. He began working for the Wall Street Journal in 1990 at the Atlanta bureau.
Pearl who was working as the South Asia Bureau Chief of The Wall Street Journal, based in Mumbai, India; was investigating al-Qaida in the southern Pakistani city of Karachi when he disappeared in January 2002.
He is survived by his wife and one son. Daniel aka Danny Pearl and Mariane Pearl were married in 1999 and remained together until his death in 2002. 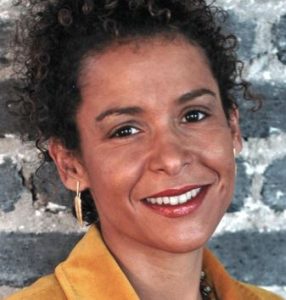 Mariane Pearl was born Mariane van Neyenhoff on July 23, 1967 in France to a Cuban mother. Like her late husband, Mariane is an award-winning journalist, author and public speaker. She was six months pregnant when Daniel died. She is the mother of the couple’s son, Adam Pearl.

After her husband’s death, she wrote the memoir, A Mighty Heart -which was adapted into a film starring Angelina Jolie. Her other books include, In Searh of Hope and Weapon of the Weak.
Mariane Pearl who also teaches advanced journalism; has been a contributor to publications such as The New York Times, The Sunday Times, the Conde Nast traveler, Self Magazine and more. She has served as a jury in several events such as The Freedom of Expression award, The Gucci Tribecca Fund, the Internews Human Rights Award, the Women of the Year award and others.

In addition to an impressive list of accolades, Mariane Pearl has also been invited to speak in venues ranging from Berkeley and Duke University to the prestigious Radio City Hall in New York City with more than 8000 educators in attendance.
According to her website, she is currently the Managing Editor of CHIME FOR CHANGE global journalism platform that focuses on helping women and girls speak for themselves.