Daisy McCrackin & Joseph Capone are two movie actors who were victims of a violent real life kidnapping, three people have been taken into custody.

According to reports, the pair was taken from a Daisy’s Los Angeles home, where Capone also was, last May. Two men pistol whipped Capone and shoved the pair in a car.

Once in a car, they were taken to a Compton home where Capone was held naked in a bath for hours while demanding McCrackin pay a $10,000 ransom fee. The actress was driven by her captors to different banks so she would withdraw the money, however she ended up writing a check for the amount.

Once the ordeal was over the following day, she was taken back to her house where she contacted police to tell them what had happened. The details of the kidnapping were made public after one of the kidnappers’ arrest was captured on video and had been viewed more than 2 million times on Twitter. 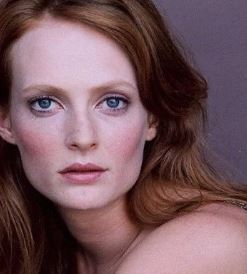 Daisy, a California native born November 12, 1979; is also a singer-songwriter. The red head is perhaps best known for playing Donna in the 2002 slasher film Halloween: Resurrection – the eighth in the series.

Other acting credits for the stunner include, starring in the 2001 film 3000 Miles to Graceland, 2011’s Atlas Shrugged: Part I and the 2018 project, Resurrection. She also has appeared on TV shows, such as Jane the Virgin.

As for Capone, he had a more difficult time according to an indictment filed in June. The actor was allegedly tortured for hours. He had an unspecified body part maimed. The indictment also alleges that his captors cut and disabled Capone’s tongue, “put out an eye,” and cut his nose, ear and lip. All this while being held naked inside a bathtub for nearly three days.

According to Capone’s IMDb, he has been involved in a number of projects including, ‘Jimmy’s Café’ ‘Pasta Today’ and ironically; ‘Fighting for Freedom.’

Their captors, two men and a woman, were collectively charged with 17 felony counts including kidnapping, assault with a firearm, grand theft, mayhem, conspiracy and possession for sale of a controlled substance, meth.