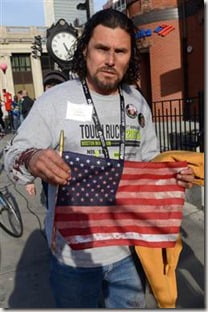 Carlos Arredondo was a hero at the Boston Marathon bombing on Monday. He rushed to help victims at the finish line immediately after the first blast. He was pictured helping a man who lost both legs into a wheelchair, and said he kept talking to him so he didn’t lose consciousness. Arredondo also aided two women who had lost their legs. He used his clothes and towels to stop the victim’s bleedings, and cleared the way for emergency personnel to attend the injured.

“It broke everybody’s legs. Two ladies at my left side were knocked unconscious. They lost their legs. I was putting pieces of clothing on their legs to stop the bleeding and called for assistance. Someone came and we helped get them in wheelchairs,” Arredondo said.

52-year-old Carlos Arredondo, a Costa Rican immigrant and member of the Red Cross disaster team, was handing out flags across the street and happened to be with his wife Melida Arredondo in the VIP stands near the finish line of the 117th Boston Marathon when two explosives detonated. 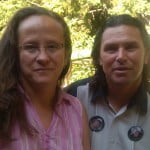 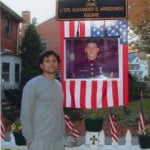 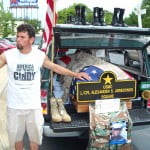 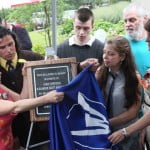 Carlos and his wife were waiting for the last of the National Guard runners, representing Run for the Fallen Maine, where one of them had dedicated the race to Arredondo’s son. They were also supporting the Samaritans, a suicide awareness group.

Arredondo’s soldier son, 20-year-old Lance Corporal Alexander Arredondo, died in action in Iraq on August 25, 2004. In 2011, his other son, 24-year-old Brian, committed suicide days before Christmas, he had suffered from depression and drug addiction since his brother’s death. 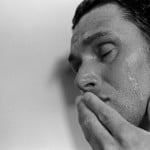 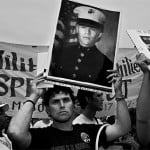 After his son had been killed in war, Arredondo locked himself in a van with five gallons of gasoline and a propane torch and set the van on fire. It happened to be his 44th birthday. He suffered burns to 26 per cent of his body, receiving second ad third degree burns, but survived and became a peace activist, driving around the country in a pick up truck to protest against the wars.

“As long as there are marines fighting and dying in Iraq, I’m going to share my mourning with the American people,” he told the New York Times in 2007. 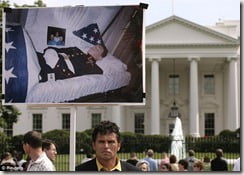 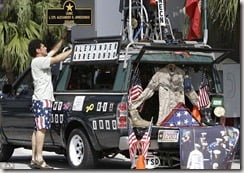 Carlos Arredondo legally changed his name to Alexander Brian Arredondo in memory of his sons. He became an American citizen in 2006.

Both Carlos and his wife were part of the now defunct organization Gold Star Families For Peace. Since their son’s suicide, they have attended suicide groups sessions and conferences, especially related to military suicides. Also, they have been working with elected officials in the City of Boston and Commonwealth of Massachusetts to change systems regarding suicide policy.

Carlos Arredondo was trembling and shaking as he hold a small American flag drenched in blood and spoke about the explosions. His wife Melida, a public administrator, became emotional as the deadly scene on Monday, which looked like a war zone, remembered her son’s death. She also said that initially she couldn’t find her husband and became concerned, but said she wasn’t surprised her hero husband had rushed to help the victims.