Chanda Gibson is apparently the lady love of US Senator Cory Booker –the democrat is the junior senator from New Jersey.

Reports have surfaced about the alleged relationship, however, Booker who has never been married told Page Six “I don’t have any comment.”

Booker was elected to the Newark City Council from the city’s Central Ward in 1998. Then in 2006 he served as Newark’s mayor for more than seven years. In 2013 Booker won a special election to represent New Jersey in the United States Senate. He was re-elected to a six-year term in 2014.

Booker is among the few democrats who could take on President Trump in 2020.

The 49-year-old politician is said to be dating Chanda Gibson, who is not just easy on the eye but also has an impressive resume.

Chanda Gibson is a California native who has a law degree from the University of Southern California and her B.A. in Political Science and African & African-American Studies from Stanford University. 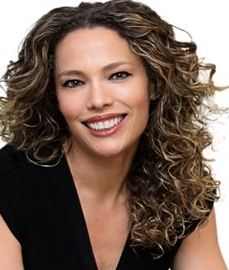 Chanda won a Rotary Club Ambassadorial Scholarship to travel to any country of her choice to study for nine months. She chose to go to Zimbabwe.

After college, she began a legal career in California but left to support Booker in his first mayoral race in Newark, New Jersey. The two were introduced by Chanda’s sister in 2002. During an interview with Forbes, Chanda Gibson describes Corey as a ‘spiritual advisor’ –who at the time convinced her to do something meaningful by quitting her job and helping him run for mayor.

Her career has spanned the nonprofit, legal, political and financial services sectors, to advocacy and service. According to her LinkedIn, she currently serves as the Executive Director of the Council of Urban Professionals.

Prior to joining the Council of Urban Professionals, Chanda worked for 14 years at Goldman Sachs –where she held a number of roles including, a Vice President in Corporate Services and Real Estate.

On a more personal note, Chanda Gibson who is in  her mid 40’s is a mother of two young boys from a previous relationship. Prior to Gibson, Booker was romantically linked to lawyer Bianca Levin, journalist Gayle King and author, Cleo Wade.