According to reports, his 25-year-old model sister, Hannah Davis has announced her upcoming nuptials to long time boyfriend, Derek Jeter!

It appears ladies man Jeter, has finally decided to settle down and start a family. He spoke about wanting to start one after he retired from Major League Baseball, last September. He then told NBC News, “Who knows when it’s gonna be?” “But I look forward to it.” And it appears gorgeous, Hannah Davis is the chosen one.

She and Jeter were first spotted in 2012. Soon after rumors of a romantic relationship between them surfaced but they kept it super private though they were being pictured together all over.

Now, roughly after 3-years of relationship, they make it official. It wasn’t until this year’s Met Gala when they made their debut as a couple. 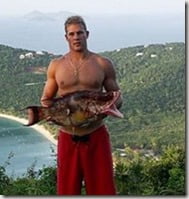 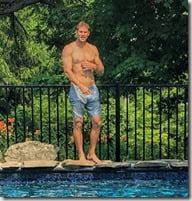 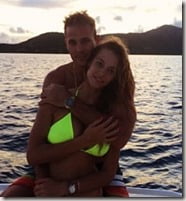 Hotness definitely runs in the Davis family. 31-year-old Conn Davis Jr. is one attractive man himself. Judging by his Instagram photos, he is the outdoorsy type. He loves to go fishing and it looks like he might have a skill.

Conn Davis Jr. is very close to his family, he spends time with his parents and is also very fond of his adorable nephew, the son of his other sister, Rachel.

Davis Jr. is currently dating another hottie, he is the boyfriend of model, Hannah Ferguson.