Meet Kimbell Duncan, the husband of White House correspondent for CNN, Michelle Kosinski. The marriage of nearly a year are making headlines after they hosted a party reports say got a little overboard!

38-year-old Michelle –who was a foreign correspondent for NBC News in London and joined CNN in February 2014 –allegedly hosted a wild party with loud African drumming at her London home that infuriated neighbors and was shut down by authorities.

Kosinski and her hubby currently reside in Washington and own a home in upscale Notting Hill where they threw a summer soiree. Their neighbors include Stella McCartney, Damon Albarn and Robbie Williams.

Michelle graduated from Northwestern, from which she also received a master’s degree in broadcast journalism. 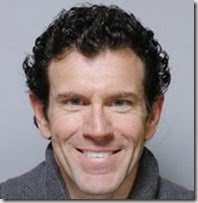 According to the NY Times, the couple tied the knot last year at the Anderson House, a museum and event space in Washington. Duncan, wore a kilt made in the family’s historical blue and green tartan pattern. The guests lists included CNN’s Wolf Blitzer and his wife Lynn; Dana Bash and her boyfriend actor Spencer Garrett; and Fox News Channel’s White House correspondent Ed Henry and his wife Shirley Henry, a CNN producer.

He met Michelle while the she worked in London as a foreign correspondent for NBC News. He proposed to her while on a surprise trip to the thousand-year old castle fortress village of Eze, along the Mediterranean in 2013.

50-year-old Kimbell Rush is the son of Kenneth V. Duncan of Smithsburg and the late Frances K. Duncan; and graduated from Yale.

He is a retired investment banker, until April 2004, he was a managing director in London of an international investment banking subsidiary of the Mizuho Financial Group of Tokyo.

He is currently a representative to the boards of several biotechnology companies in which his family’s trust holds investments. He is also a founder of the Rush Foundations, which are charities in Valais, Switzerland; London; and Smithsburg, Md., and funds “disruptive ideas” to prevent the spread of HIV in sub-Saharan Africa, according to its Web site.

Duncan, who is a widower, has 5-year-old twins — daughter Sophia and son Nikita.