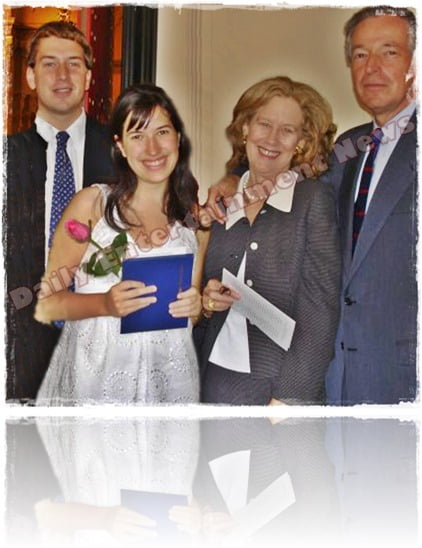 A shocking and sad story was reported on Sunday, a son killing his father over a reduction of his allowance and then made ​​it seem as if his father had committed suicide , left the building as if nothing had happened.

His mother Shelley found the lifeless body of he husband and immediately made the 911 call reporting the crime and said it was her own son the who had committed the cold blooded murder.

Thomas Gilbert r and his wife Shelley have another child, Clare their youngest and only daughter who ran to her mother’s side as soon as she heard  the awful news.

24-year-old Clare Gilbert, graduated in 2008 from the Nightingale-Bamford School and in 2012 from Wheaton College with a B.A in Creative writing and literature, received her certification  in publishing from  NYU Summer Publishing Institute.

Ms. Gilbert was an intern at  the Teachers College Press in Columbia University and also at  Inkwell Management; Clare is currently an freelance editor and writer at Elance.

Clare was last spotted with her mom holding on to each other as they left their home to get a bite to eat  Tuesday morning.