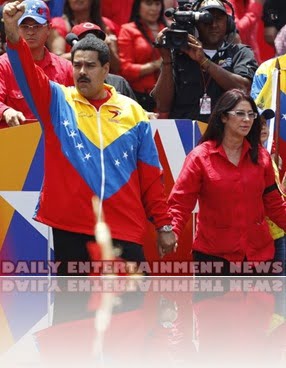 Venezuelan  are ready to elect their new president after their late President Hugo Chavez lost his battle to cancer on March 5th, Nicolas Maduro was their vice-president and the man who took over the  government after his death. And recently elected President 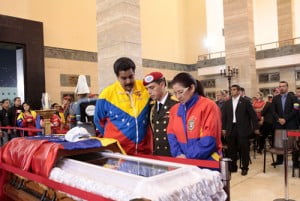 We are certain you are all well informed about Mr. Maduro’s life in politics, the many jokes his comment about the singing birdie  he thought to see as Hugo Chavez, his accusations about the U.S plotting to kill his rival Henrique Capriles and even accusing Salvadorian politician Roberto D’Aubuisson and other right-wing politicians were planning to killed him before the election, something that D’Aubuison has denied.

Well, he sure like to throw accusations all over the globe, which is getting kind of boring, we want to hear the good stuff, his personal life, is he married? wife?

He sure is married to his beloved lady Celia Maduro also known as Cilia Flores and Cilia Flores Maduro and after the April 14th elections she became Venezuela’s New first lady. 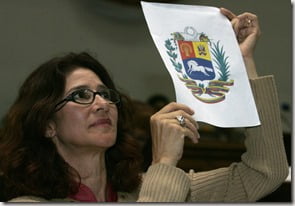 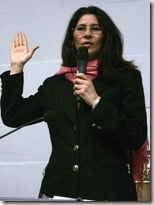 60-year-old Cilia Flores Maduro was born on January 1st, 1963 in Tinaquillo in the city of Cedejes, Venezuela. Cilia Maduro studied law at the Universidad Santa Maria in Caracas, Venezuela.

Mrs. Maduro who specializes in labor and criminal law, defended militants involved in insurgent movements. She created  the Bolivarian Circle of Human Rights in 1992, joined the Revolutionary Bolivarian Movement – 200 (MBR-200) that grouped the current leftist who had risen in that same year. 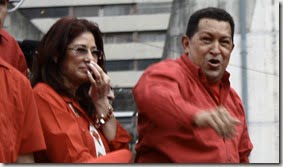 Cilia Maduro was part of the legal team involved in the presidential dismissal of then President Rafael Caldera to seek the release of Hugo Chavez in 1994. Three years later she became involved in the political party MVP Movimiento V Republica, in their goal to get Hugo Chavez a placed in the 1998, where he won.

Mrs. Maduro met her husband in 1992 while she was part of President Chavez’ legal team during the 1992 coup. They have been together ever since, so far there are no records about they getting married, they have a son 22-year-old Nicolas, who has already made Cilia Maduro and her husband  grandparents, twice. 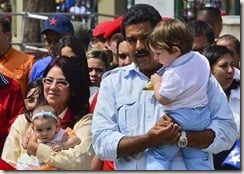 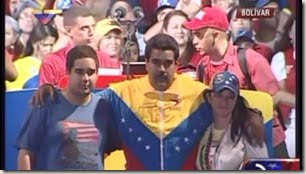