Mercedes Miller is the devastated wife of actor and activist Christopher Lawford –who passed earlier today at age 63.

Mercedes’ husband was John F. Kennedy’s nephew and his family often hung out with the First Family during JFK’s presidency.

Born to Peter Lawford and Patricia Kennedy on March 29, 1955; the California native got a J.D. at Boston College School of Law and was very politically active all his life. He was active with the Democratic National Committee and worked for his Uncle, Senator Ted Kennedy. He also worked with the Special Olympics, the org his Aunt Eunice Shriver created.

As an actor, he appeared on “General Hospital,” “Terminator 3,” “All My Children,” “Fraiser” and in numerous other TV series. He was also a correspondent on “EXTRA.”  He was also a New York Times best-selling author with his book, ‘Symptoms of Withdrawal’ in which he revealed his battle with drugs. He also penned the 2016 book, ‘When Your Partner Has An Addiction.’

He is survived by his third wife, Mercedes Miller and three children from a previous relationship. 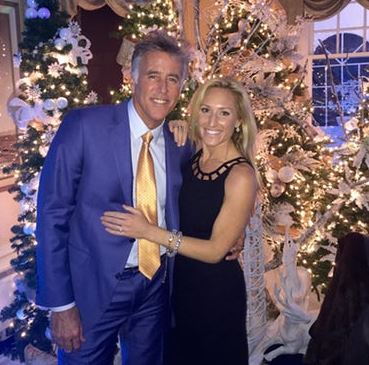 Mercedes Miller and Lawford were married in 2014 in Maui, HI. At the time of their nuptials, Christopher was 59 and Miller 34-years-old.

38-year-old Mercedes Miller is a yoga teacher. The couple have no children together. Lawford was previously married to first wife, Jeannie Olsson from 1984 until their divorce in 2000. The marriage produced three children, David, Savannah and Matthew. In 2005 he married second wife, Lana Antonova –a Russian actress, in Las Vegas. His second marriage also ended in divorce in 2009.

According to her social media, Mercedes Miller is a Seattle, Washington native.

According to Christopher’s social media, it looks as if he was in a romantic relationship with Kyla Resch, though it’s believed he was still married to Miller at the time of his death.