James Heerdegen is the man you may know or not know, as the husband of actress -Christina Ricci -best known for playing characters with an obscure twist.

James and his leading lady have been married for a few years and even have a child together -however they seem to have fallen in the divorce-amid-pandemic circle! According to reports, the couple have decided to call it quits to their seven-year marriage, and details are ugly. Outlets report that 40-year-old Ricci filed for divorce papers after she and Heerdegen got into a phisical altercation on June 25th. Ricci was even granted an emergency protective order against Heerdegen.
The couple tied the knot in New York in 2013 at Harold Pratt House & Peterson Hall on the Upper East Side. And welcomed a son, Freddie Heerdegen in 2014.

Ricci, a California native who began appearing in commercials at the age of six; has starred in roles in The Addams Family, Casper, The Ice Storm, Monster, etc. She received a Golden Globe nomination for her performance in the 1998 film The Opposite ***. She later won an Emmy Award for her role as a paramedic on Grey’s Anatomy.

The actress and producer, met James Heerdegen on the set of the ABC series Pan Am in 2011. Ricci had been previously engaged to Owen Benjamin from 2008 to 2009. 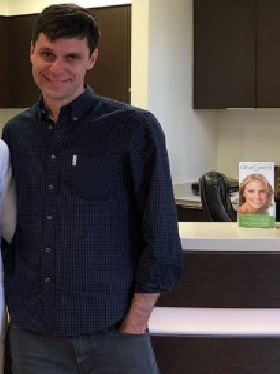 Though he is best known as the husband of Ricci; James Heerdegen has been working in the same industry for many years, though he is a behind-the-scenes type of fella. Heerdegen has worked as a dolly grip, a member of the camera crew responsible for moving the camera dolly. According to his IMDb, he’s worked in a lot of productions as part of the Camera and Electrical Department. Some of his extensive resume works include capturing footage for projects such as Revolutionary Road, Captain Philips, the Sherlock Holmes-inspired television show, Elementary, Nurse Jackie, Date Night, *** and the City 2, Men in Black 3 and Birdman to name a few. So far, he has worked in more than 52 film and television shows.
The camera technician and dolly grip has appeared in numerous red carpets next to Ricci in the past years.

James Heerdegen who is on social media, is however super private and not many more details are known abuot him and often refrains from sharing private life or personal details on social media.
Until recently the couple shared a home in Woodland Hills.