Chris’s girlfriend was born October 4, 1988; the Littleton, Colorado native is a singer, actress and dancer who gained popularity by appearing on Glee. Since wrapping up Glee in 2014, Benoist has landed a number of film roles including Whiplash, Danny Collins, The Longest Ride, Patriots Day, Lowriders among others. In addition, she’s also had roles on a number of TV series like, Law & Order: Criminal Intent, The Good Wife, Blue Bloods and Law & Order: Special Victims Unit.

The blonde also made her Broadway debut earlier this year appearing on Carole King in Beautiful: The Carole King Musical.

Benoist was until recently a married woman, she and Glee co-star Blake Jenner were married from 2015 until 2017. They had been together since 2013 but their divorce was finalized in December 2017, citing irreconcilable differences. She and Wood began dating in 2018, want to know more about him, find out below. 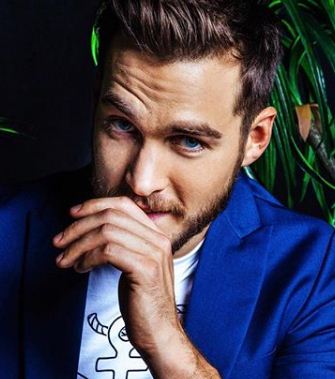 Born Christopher Charles Wood on April 14, 1988; the Ohio native has also been active in the industry since at least 2010. You may recognize him from roles in a number of CW’s television series like: The Vampire Diaries, The Carrie Diaries, and Containment.

#2 Chris and Benoist work together

Chris Wood played Mon-El on the CW superhero series Supergirl, however it was announced this summer that he wouldn’t be coming back for the series’ 4th season.

Chris Wood holds a Bachelor of Fine Arts degree in Music Theater from Elon University in North Carolina. He graduated in 2010.

#4 He is a mental health advocate

Chris is well known for his work as an advocate for mental health, he is an active ambassador for Mental Health America and launched a website called “I Don’t Mind” –in order to end the stigma surrounding mental illness.

#5 He lost his father

Chris has been open about his father’s death in 2012, revealing that he died of an untreated mental illness. The star told TV Insider “mental illness had caused his body too much physical damage. He died suddenly of heart failure in the midst of healing.”