Chris Morgan has been identified as the cadet who tragically lost his life in an accident at West Point on Thursday. He was 22-years-old.

Chris was killed when a vehicle loaded with West Point cadets on summer training overturned in rough, wooded terrain. According to reports, the vehicle rolled down some 15 to 20 feet, coming to a rest on a rocky area.

Two soldiers who were operating the vehicle and at least 19 others were injured during the crash. 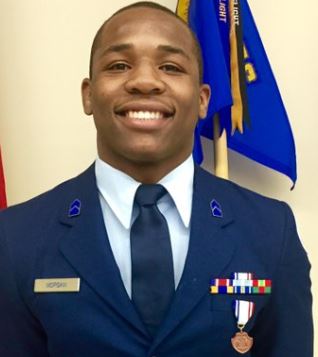 Morgan was also a star wrestler, he participated in the 2015 Essex County Wrestling Tournament at Richard J. Codey Arena in West Orange. He was a 2015 West Orange High School graduate and during his high school time, he shattered school wrestling records.

He finished in fifth place in the 182-pound class at the state Wrestling Championships in 2015 after a season that included a 30-1 record with 20 pins. In addition to wrestling, Chris Morgan was also passionate about football during high school.

At West Point, he was a member of the Class of 2020 majoring in Law and Legal Studies. And was a standout member of the Army Wrestling Team.

His mourning father, Chris Morgan Sr. said about him “I’ll always miss him. There’s no changing that. It’s tough — I’ll always love him and that will never go away. That will never change. He will always be here”

He also added his son was a ‘hero, a shining star and an inspiration to everyone around him’

An investigation is currently being conducted.