Mai Do Burrous is the lovely wife of news anchor, Chris Burrous –who was found dead at a motel in Glendale, California.

Her husband was known for co-anchoring the KTLA 5 Morning News on weekends and could be seen reporting on breaking news during the week. He was 43-years-old.

Burrous, the son of a farmer and a NASA engineer, launched his two-decade career after graduating from Chapman University with a degree in broadcast journalism.

He began his broadcasting career in Southern California — while still attending University — at KCKC-AM and KCXX-FM in San Bernardino. KNTV-TV and KLIV-AM in San Jose, Calif., were next, followed by morning and evening anchoring duties at KEVN-TV in Rapid City, S.D. 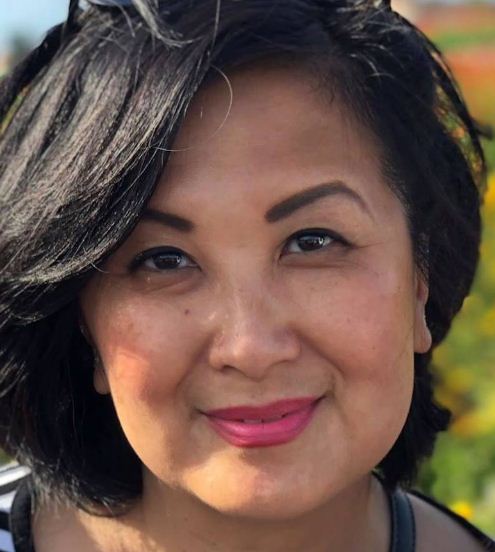 The next move was, KGET-TV in Bakersfield, Calif., as morning anchor. Working his way up Highway 99, Chris anchored mornings at KGPE-TV in Fresno, Calif. Chris anchored for six years at KMAX-TV’s “Good Day Sacramento.” While in Sacramento, Chris also hosted newstalk on KFBK-AM and hosted a weekly program on PBS, “California Heartland.”

Chris joined KTLA in 2010 to help extend the Morning News to seven days a week. He had previously joined Tribune and anchored mornings at WPIX-TV in New York City.

According to his online profile, he also contributed to the series “Made in California,” featuring local companies that are still making it in the USA.

He and wife, Mai Do Burrous met back in 1999 in California; at the time he worked at KGET-TV –and where Mai was also working as a journalist. Thy tied the knot in 2003 celebrating their 15th wedding anniversary earlier this year.

Mai Do Burrous –who is of Asian origin –and her husband welcomed one daughter, 9-year-old Isabella –during their marriage. Mai Do Burrous is not on TV anymore and left her career as a journalist to raise the couple’s daughter.