Carlos Rivera has been arrested in connection with the mysterious death of 13-year-old Chloe Ricard.

The teen had been dropped off at a friend’s home on Sunday May 19th, and did not return to home. Chloe is survived by her mother, Deborah Goldsmith-Dolan, her stepfather, Brian Dolan and her two brothers, Kyle and Nick. Her biological father, Raymond Ricard passed five years ago.

According to a GoFundMe page, Chloe was ‘’very kind to others, especially to those less fortunate,” “Chloe had a passion for drawing, loved to listen to music, enjoyed dancing, singing, beach time and spending time with her family & friends.” 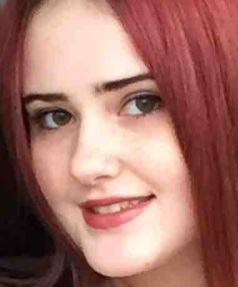 Rivera allegedly brought Ricard’s lifeless body to Lawrence General Hospital just before 5 p.m. on Monday. She was pronounced dead shortly after being brought to the hospital. A cause of death has not been released. The suspect was accompanied by another minor at the time of his arrest. It is believed both Chloe and the other girl were acquainted with Rivera and were at his apartment at 59 Bellevue St. on Sunday evening and during most of Monday. Apparently Rivera lives alone.

He was taken into custody at the Lawrence Police Station after being questioned by investigators.

Carlos Rivera is a 47-year-old Massachusetts resident, he was charged with multiple charges, including two counts of distribution of Class B drugs to a minor. In addition to the drug charges, he is accused of two counts of indecent assault and battery on a child under 14 and one count of indecent assault and battery on a person over 14. This means if convicted he will have to register as a *** offender.

Rivera was questioned by police at the Lawrence police station and is scheduled for arraignment on Tuesday, May 28. Bail has been set at $750,000 in Lawrence District Court. No photos of Rivera or additional details have been released to the public.