Chloe Haines is the young woman who tried to storm the cockpit instoring panic among passengers of her Jet2 flight.

According to reports Haines was heard screaming ‘I’m going to kill everyone’ and had to be held down by passengers after allegedly trying to ‘storm the cockpit’
The 25-year-old was arrested on suspicion of assault and endangering aircraft. She is now probably regretting her little joke as she has been slapped with an £85,000 bill by the airline.

45 minutes into the flight from Stansted to Turkey, Haines is said to have sparked hijack fears after she tried to open one of the doors mid-flight.
According to other passengers, Chloe threw one stewardess from one side of the aisle to the other as she made her way to the cockpit while she was punching, kicking and screaming at everything and everyone -she had to be restrained by passengers and was arrested upon landing back to the airport. 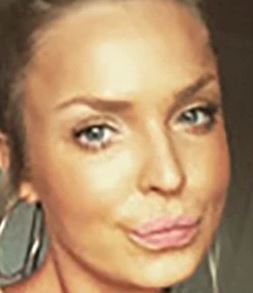 Another passenger added that he’d only seen that type of behavior when someone had just dropped acid -describing Chloe’s super strength despite her petite frame.

The blonde’s extremely disruptive behavior prompted RAF to send a pair of Typhoon fighter aircraft to ****** it back safely to Stansted. In addition to the £85,000 bill, Jet2 is also handing her lifetime ban.

Apparently this is not the first time she’s engaged in this kind of behavior. According to the Daily Mail, Chloe Haines had community ordered for three assaults and been fined £450 at Slough Magistrates’ Court. That’s not all, only a couple of weeks ago, she was banned from the roads for 28 months for drink-driving.