Chelsea O’Donnell is the missing daughter of TV personality, Rosie O’Donnell. The 53-year-old comedian, actress, author, and television host has asked for help in finding the 17-year-old, reports say.

According to a family spokesperson, Chelsea Belle O’Donnell or “Chels” ran away from home and was last seen by her family on August 11. Today Rosie revealed daughter Chelsea, is under some sort of medication –which the 17-year-old has stopped taking for an undisclosed mental illness.

A statement on Rosie’s website, said Chelsea O’Donnell was reported missing. Since then Nyack, New York police authorities have been looking for her in the Rockland County area.

Chelsea –who has a large tattoo on her right side of a dream catcher with the word ‘Breathe’  -is allegedly in need of medical attention. 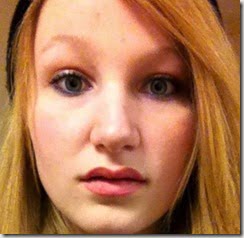 Chelsea O’Donnell is Rosie’s and ex Kelli Carpenter child. The actress is mother to four other children in addition to Chelsea — with Carpenter and her most recent ex Michelle Rounds.

Earlier this year, Rosie was accused of having stolen one of her five children, it was precisely Chelsea. The accusation came after Chelsea’s biological mother identified as Deana gave an interview to the Enquirer saying she was persuaded by her then-husband into giving up her 2-month-old daughter Kayla to an adoption agency back in 1997.

Deana said during the interview it was the teen who contacted her grandfather, who then called her with the news of her long lost baby girl.

The girl’s mother went on to say, she and Chelsea had been communicating trough FB messages but that Rosie wasn’t happy with the idea.

The statement of missing Chelsea added “Any information please contact authorities at 845-358-0206 or 911.”

We send our prayers for Chelsea’s safe return home.