Melvin’s daughter is well known for being the host of the late-night talk show Chelsea Lately, which aired on E! The blonde New Jersey native decided to become a comic after getting a positive response from telling a story about a DUI to a class of other offenders. She later landed a role as a regular on the Oxygen Network series Girls Behaving Badly.

Since then, Chelsea has gone from playing on an all-female Punk’d style prank show to becoming one of late night’s most viable entertainers. The sharp-tongued comedian has also written a total of five books, all of which have made the New York Times Best Seller List.

The 44-year-old is the youngest of six children born to Melvin and his wife, Rita –who are also the parents of Chelsea’s two sisters and three brothers; Sydney, Shoshanna, Glen, Roy and Chet. 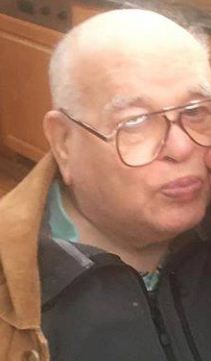 Melvin Handler and his wife, lost son Chet –after he fell off a cliff in a hiking accident at age 21.

While her mother stay home caring for the children, her father, was the owner of a used car dealership in New Jersey. Melvin, was Jewish, while Rita, was a Mormon. The parents raised Chelsea and her siblings in Reform Judaism. Melvin was left a widower following the death of wife Rita, in 2006 of breast cancer.

Prior to marrying Chelsea’s mother, Melvin Handler fathered a son with another woman –this according to Chelsea’s new memoir “Life Will Be the Death of Me:…And You Too!” In the upcoming book, the comedian was remininded of the family secret during a trip she made to Peru in order to try Ayahuasca –which causes hallucinations. Chelsea says she was overcome with childhood emotions after trying Ayahuasca.

During a 2017 interview for the Huffpost, Chelsea revealed she wanted to murder her father “I’d murder my father. There’s an age demo and he’s outlived it. If I could murder him and get away with it, or not murder him, but euthanize him, then I would. He’s not bringing any joy to anyone.”

Melvin Handler was born Seymour Handler on November 26, 1931. According to his obituary, he graduated from Weequahic High School and the University of Wisconsin-Madison with a bachelor’s degree in history. He died in September of 2018.