Jennie Rhodes is the longtime wife of UK celebrity chef, Gary Rhodes -whom according to reports passed away suddenly at age 59.

Jeannie’s husband was well known for his signature spiky hair and love for British cuisine. According to TV company Rock Oyster Media, Rhodes had been filming a new ITV series when he was “taken ill very suddenly at home”.

Born in south London in 1960, Rhodes grew up in Kent and trained at Thanet Technical College. His first professional job was at the Amsterdam Hilton, where he began to experiment with nouvelle cuisine. He opened his first restaurant in 1997 and was made an OBE in 2006. His TV work included appearances on Masterchef, ****’s Kitchen and his own series Rhodes Around Britain.
Rhodes resided in Dubai, where he ran two restaurants – Rhodes W1 and Rhodes Twenty10.

The Michelin-starred chef was also a contestant on Strictly Come Dancing in 2008, in which he was partnered by professional dancer Karen Hardy.
Rhodes is survived by longtime wife Jennie Rhodes and their children. Jennie is said to have been by his side when he passed. 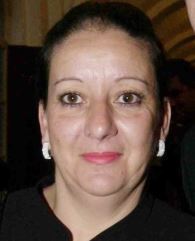 Jennie Rhodes had been by Gary’s side since he was a humble trainee chef at a local catering college in his hometown of Kent. Jennie supported Gary as his culinary career grew from his first head chef job at the Castle Hotel in Somerset to gaining his first Michelin star at the age of just 26.

The couple had been married since 1989, meaning she was his wife for 30-years. The two met at a catering college.

During their marriage, the couple welcomed two sons together, Samuel and George.
The couple kept their marriage out of the spotlight, however Gary would speak about his wife here and there and even admitted he signed up to Strictly Come Dancing -to prove his wife he could do better than other participants. The the two ended up booking dance lessons. According to the Mirror, Gary also described himself as a romantic behind closed doors, leaving little notes before his wife woke up in the morning.

Jennie Rhodes also made a few appearances on her husband’s TV shows and would accompany him to red carpet events. Jennie Rhodes and Gary have been photographed attending many events over the years.
The family had been living in Dubai for the past nine years.