50-year-old actor Charlie Sheen is said to be the Hollywood star infected with AIDS! According to a revealing exclusive in the National Enquirer, Charlie Sheen has been hiding the diagnose for years and has paid millions to keep the ones who already know, quiet!

We cant deny, Sheen has been a brilliant and dedicated actor. He didn’t grew up only being the offspring of Martin Sheen . Charlie soon came out of his father’s shadow and gained major notoriety in Hollywood with early success in the big screen, including Oliver Stone’s Platoon, 1986 films Lucas and Ferris Bueller’s Day Off; Wall Street in 1987, Young Guns in 1988, Eight Men Out, Major League in 1989.

In the early and mid 90’s we can mention, Hot Shots!, The Three Musketeers , The Arrival, Money Talks and Being John Malkovich. Among many others.

He made  his adult cinematic debut in the Soviet invasion thriller Red Dawn, in 1884. The 2000’s saw Sheen reign on TV, with roles in “Spin City” and his performance earned him a Golden Globe Award for Best Actor – Television Series Musical or Comedy. He then starred in the acclaimed “Two and a Half Men” which earned him several Golden Globe and Emmy Award nominations.

Following his firing from Two and a Half Men in 2011 he embarked himself in the FX comedy series, “Anger Management” which went off the air last year and is his most recent TV project. 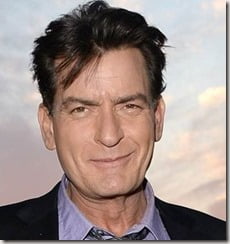 It’s a shame we can’t say the same about  his personal life –which has made headlines through the years. Sheen has been in tabloids for reports including, drug abuse, alcohol, marital problems, domestic assault and how could we forget his stints with prostitutes and **** stars.

Sheen proudly confessed in the past of sleeping with more than 5,000 women. His secret is now coming out to light, after a **** star who had *** with an alleged Hollywood actor surfaced and told media that she suspected her ex-*** partner to be HIV positive. 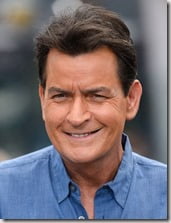 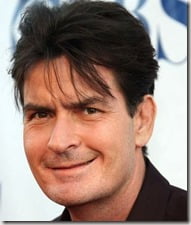 Now his personal life, has stunned again. Charlie will sit down for a interview with Matt Lauer on Today Tuesday morning, as announced by NBC. Will he talk about his HIV status?

Do you think Charlie Sheen is HIV positive?