Chanel Lewis is the man who has been identified by police as the possible killer of jogger Karina Vetrano –who was brutally killed in New York last August.

The 20-year-old African-American male has been arrested in connection with the August 2016 murder –that shocked the Queens community and everyone related to the lovely miss Vetrano.

Six months after the killing, police arrested Chanel Lewis over the weekend. He was arraigned on Sunday.

Investigators turned to Lewis after they found summons on his suspicious behavior dating from May 2016. He was allegedly seen near the crime scene, ready to break into a property with a crowbar. He took a voluntary DNA swab that came out as a match in Vetrano’s case.

His DNA also turned under the victim’s fingernails. He was charged with murder and *** crimes.

The daughter of Cathy and Phil Vetrano was born July 12, 1986. Karina was an accomplished young lady, the gorgeous 30-year-old worked as a speech therapist. She earned a master’s degree from St John’s University. She was also an aspiring writer and poet.

Karina who was found by her father –was sexually assaulted and strangled in the city’s Queens borough.

Both parents attended Lewis’s court appearance and said they planned to attend every hearing with Cathy Vetrano adding, that Chanel Lewis is a demon who belongs in **** and should burn in ****. 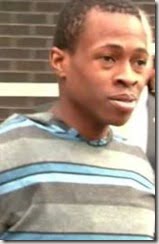 Chanel Lewis is the son of former school principal, Richard Lewis. His father defended him saying he had done nothing wrong.

According to investigators Chanel Lewis already confessed, giving a detailed account of what happened. Lewis allegedly beat her, strangled her and dragged her body in the weeds.

He had no previous connection to Karina Vetrano.

Chanel lives with his mother, Veta Lewis in East New York. The Brooklyn resident has never been arrested. However his new profile which includes murder and rapist, comes from a deep hate for women, reports say.

His teacher’s aide knew about his violent wishes when Lewis then 15, said he “wanted to bring a knife to school to stab all the girls.”

Chanel Lewis attended high school in Rockaway Park and had expressed a desire to work in social services.