Justin’s longtime wife is known for leading the *** crimes unit of Manhattan’s district attorney’s office from 1976 until 2002. During her time as head of *** crimes, she oversaw the prosecution of five juvenile defendants known as the “Central Park Five” in The “Central Park Jogger” case in 1990.

She earned a reputation as a fierce advocate for victims, following the case of jogger Trisha Meili -however she’s received much backlash after it was revealed that the five men were wrongfully incarcerated.

Before the Central Park Five case, Fairstein was involved in the much-publicized case of Robert Chambers, the so-called “Preppy killer,” who was convicted of a murder on Manhattan’s tony Upper East Side.

Born May 5, 1947 in Mount Vernon, New York -she also developed a profitable sideline as the author of best-selling legal thrillers. She began writing novels after three decades of service at the D.A.’s office. 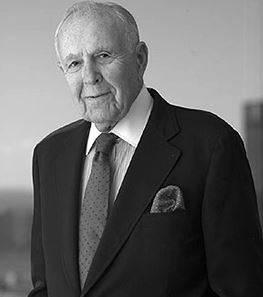 She and husband, Justin Feldman were married from 1987 until his death in 2011. The two welcomed three children together, Jane, Diane and Geoffrey Feldman.

Justin was born in Manhattan on May 25, 1919. He died in 2011 aged 92. He is described as a devoted public servant. He boasted a long record of public service and a distinguished career as a litigator and corporate lawyer.

Feldman graduated from Columbia College and Columbia Law School. He served in the Army Air Force as a trial judge advocate for courts-martial.

In 1946, he became director of Veterans Affairs for the American Veterans Committee, supervising the establishment of a national legal assistance clinic for returning World War II veterans.

From 1952-1955, he was an aide to Cong. Franklin D. Roosevelt Jr. He was a founding member of the firm of Landis, Feldman, Reilly and Akins. In 1982, he joined Kronish Lieb Weiner and Hellman as head of the litigation department. He remained of counsel to that firm — now Cooley LLP — until his retirement from the bar at the age of 90. For a full bio on Justin Feldman go here.

In his lifetime, Feldman didn’t scape controversy. In the early 90’s he was slapped with a harassment suit.