Sarah Mutch is the stunning wife of celeb realtor and businessman Kurt Rappaport, the couple has been married for a short time though things between them may soon change.

Sarah and her husband of little over a year are said to be in the midst of a bitter divorce. According to TMZ, Kurt -one of the richest and most successful realtors, says his model wife is extorting him and she’s currently challenging the prenup in the divorce case.
The two became engaged back in 2015 and married in two years later in 2017 at Rappaport’s gigantic Malibu estate. The guest list included Diddy, Ryan Seacrest, DJ Khaled and Larry King. 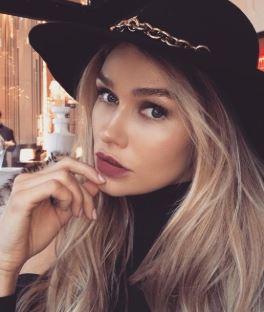 Sarah Mutch is a stunning Canadian who works as a model and actress. She was born December 21, 1984; the Vancouver, British Columbia native goes by the nickname, Skippy.

Sarah’s modeling career began when she was discovered at 13 in her native Vancouver, by Jeff Palffy. A year after that, she moved to New York City, where she continued her career.
In 2008, Sarah Mutch was ranked #67 in the Maxim magazine’s Hot 100 for that year. That same year she got the title of Maxim’s Worlds Sexiest Super Model.

In addition to modeling, Sarah has also done a fair share of acting. She has appeared in a variety of television shows such as Supernatural, Jake 2.0 and Smallville. She’s also experienced in film as she landed the lead role in the 2011 Canadian film, Funkytown.