Cedric Larry Ford was identified by local media as the shooter who opened fire killing four people and injured at least, 14 others at Excel Industries in Hesston, Kansas. Ford is said to have acted alone, using a pistol and “assault style” weapon.

Below you can read Cedric Ford’s 10 facts. 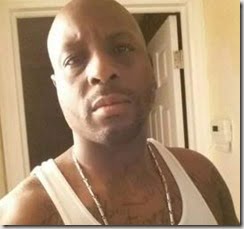 1. Cedric Ford was an employee of Excel.

38-year-old tattooed Ford had worked at the company as a painter at Excel Industries, according to his Facebook page.

All four shooting deaths took place in the Excel building, including the death of the shooter himself, it was said by Harvey County Sheriff T. Walton during a press conference.

Fifteen people were shot in the Excel building, one shot outside in the parking lot, and off the premises in two separate areas two others were shot.

Before arriving to the Excel building, the shooter was driving from the town Newton, where he fired on two other vehicles, hitting one person. Still on the way to the Hesston, he shot another person in the leg and stole their car, which he then took to the Excel building.

5. Cedric Ford has a criminal history

Records show he has committed crimes in both Harvey County, Kansas and Broward County, Florida where he is originally from. On December 17, 2010 in Harvey County, he was arrested on charges of parole violation, domestic battery, drug possession, possession of drug paraphernalia, traffic violations and theft, though it is unknown if he was convicted. In Florida, he was convicted of fleeing police, battery, and grand theft.

6. He posted videos of himself on social media with fire guns

Ford is thought to have used an AK-47, a type of gun that also made an appearance on his Facebook page ten days ago. He also posted a video showing him shooting a rifle in a field in September 2015.

7. He had a dispute with a co-worker

A day before the shooting, Excel Industries employee Brian Johnson got into a fight with co-worker Cedric Ford about “stupid stuff,” mostly over Ford’s fear that he was about to get fired.

8. Earlier this month he had been accused of assault

Earlier this month, his live-in girlfriend accused him of assault. After he allegedly placed her in a chokehold, she told police he was an “alcoholic, violent, depressed” and “in desperate need of medical & psychological help!”

Also according to his social media info, he is the father of at least two young children. Cedric Ford is survived by a son and a daughter.

10. He died following the shooting.

Cedric Ford was shot dead by law enforcement. The sheriff lauded the lone cop, who “saved a lot of lives.”