Casey Anthony is the Florida woman who back in 2011 became one of the most hated women in America after she was at the center of a murder case involving her daughter.

As you might remember, she was accused of killing her daughter Caylee Anthony in June 2008.

Caylee’s body was found months later in the woods near the Anthony home, but authorities were unable to determine a cause of death. The prosecution team said Anthony dumped Caylee’s body there and tried to resume her normal life.

In 2011, a jury acquitted Anthony of murdering her two-year-old child. Instead, the jury convicted her of four misdemeanor counts of lying to police.

Casey Anthony can hardly go anywhere without news of her presence, however she reiterate in a recent interview

“I don’t give a sh** about what anyone thinks about me, I never will,”  “I’m OK with myself; I sleep pretty good at night.”

According to the interview she gave to AP, Anthony, is currently living at the house of a private investigator who worked on her case, and is helping him with some investigative work.

Casey’s seems to have move on and though is not known whether she has a new man in her life, she is known to have had a few ex’s. A lengthy list of friends and ex-boyfriends appeared in court back in 2011 to tell the jury about Casey. 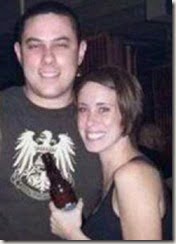 Morales dated Anthony from February to April 2008. He also testified Anthony and Caylee regularly stayed nights over his apartment during that same time period.

Morales testified that Anthony was cheery when she picked him and his friends up from the airport on July 15, 2008. Morales said of Casey’s demeanor the day before her initial arrest:

“She was the same as she always was,”  “Happy. Smiling. Just as usual. Same Casey.” 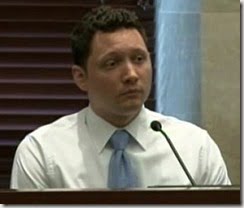 Tony and Casey began dating in May 2008. Lazzaro was the last of eight witnesses to testify in the second day of Anthony’s first degree murder trial.

He described in an Orlando court how their burgeoning relationship began on Facebook just weeks before her daughter Caylee disappeared.

Shockingly it was revealed on the day prosecutors allege that Anthony murdered her two-year-old daughter, Mr Lazzaro and Casey went to a Blockbusters video store and were captured by surveillance cameras. Mr Lazzaro described Casey Anthony’s demeanour on this day as normal.

He also testified he only saw Casey with her daughter a handful of times and that Caylee was never with Casey when she spent nights at his apartment. He said he stopped seeing them together at all in mid-June 2008.