Caryn’s husband was born and raised in Miami, the son of Arline and Dr. Matthew Zucker of Aventura, Fla. Dr. Zucker is a cardiologist in Miami. The bridegroom’s mother, now retired, was once an English professor at North Miami Beach High School. He graduated *** laude from Harvard University in 1986.

Prior to coming to CNN, Zucker spent more than two decades at NBC Universal, where he rose through the ranks to become the company’s president and CEO from 2007 to 2011.

The five-time Emmy Award winner was named CNN president in 2013. 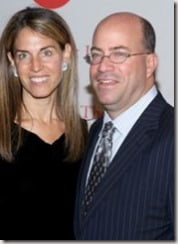 The former Caryn Stephanie Nathanson and Jeff Zucker became husband and wife in June 1996. According to a wedding announcement, Rabbi Amy Ehrlich performed the ceremony at the Pierre in New York.

The two have been married for over two decades now and along the way, ups and downs. At age 31, Jeff was diagnosed with colon cancer and underwent surgery and chemo. 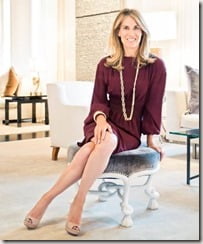 Caryn was born to parents Ellen and Carl Nathanson of New York. Mrs. Zucker’s father served as director of the legal services plan for District Council 37 of the Municipal Employees Union in New York. Her mother owns a community-reinvestment consulting company that bears her name in New York.

Her brother Michael Nathanson, is a well-known media analyst.

Both Caryn and her husband have TV backgrounds. She attended Sarah Lawrence College.

Caryn worked as a supervisor of rights and clearance for “Saturday Night Live.” According to Bloomberg, she serves as a Director of 92nd Street Y –a community center located on the Upper East Side of Manhattan.

Described as a New York community leader and philanthropist, Caryn Zucker also serves as director of the Fresh Air Fund.

Since their nuptials the two have become proud parents of four children. Caryn is the mother of three adorable boys and an equally adorable daughter.

The wife and mother of four resides in New York with her husband and children.

When not being a busy mom to Peter, Andrew, William and Elizabeth. Furthermore, you can find her in NY social events, along with her husband.