Christine Flack is the devastated mother of late British TV star, Caroline Flack -who is said to have taken her own life on February 15. She was 40-years-old.

Christine’s stunning daughter was a TV presenter best known for hosting The Xtra Factor and Love Island. She also presented Gladiators and Big Brother’s Big Mouth, and she won Strictly Come Dancing in 2014.

The gorgeous blonde was found hanging at her home in east London on Saturday. The day prior she had been told that the CPS was pursuing the court case against her.
Flack was due to stand trial next month after pleading not guilty to assaulting her boyfriend, Lewis Burton, with a lamp and who allegedly sustained a “significant injury to his head” and had dialed 999. As a result she was also let go from her Love Island presenting gig.
It is now being reported that she wrote an unpublished message weeks before her suicide in which she opened up about the pressure of being in the public eye and specifically said how her ‘whole world and future was swept from under [her] feet’ over the assault claims. 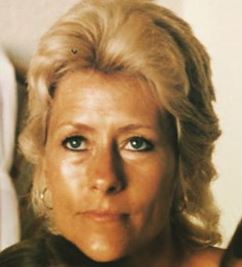 Christine Flack has come forwards revealing to media she was due to see her daughter on the day she was found dead. She also shared the message Caroline meant to publish saying the assault incident was only an incident; telling the Eastern Daily Press: “Carrie sent me this message at the end of January but was told not to post it by advisers but she so wanted to have her little voice heard.”

It is clear the two had a close relationship, for mother’s day in 2018, Caroline dedicated a heartfelt post to her mother on social media writing ‘I love you Mum … I’m so proud that you have raised us to be just like you . To never judge. To never hate. To care for people. To be kind. To work hard. To love. I just wish you had taught me to cook …. HAPPY MOTHERS DAY. I’d be lost without you x’

Christine Flack is also the mother of Caroline’s twin sister, Jody. She added about her other daughter ‘Jody, her twin sister, was there her whole life for her but this time nothing could take away the hurt of such injustice’ It was actually Jody who identified her twin sister’s body.

From her social media, we can tell Jody who is out of the public eye is a mom of three young children.

Christine Flack who was born Christine Callis, married husband Ian Flack. In addition to twins Caroline and Jody, they also welcomed another daughter, Elizabeth and a son, Paul.