Cariann Hithon is the college student who was shot and killed by a Miami police officer over the weekend, after getting into a crash and running down another officer.

Reports say the young lady was driving a black BMW on Sunday when she ran a red light and hit a car in an intersection. Three cars were involved in the incident and then a few moments later as a crowd gathered around her, she suddenly rammed into a Miami Beach officer, tossing him into the air, the Miami Herald reported.

Another officer on the scene didn’t hesitate to open fire, causing her to stop into another vehicle that was parked on the side of the street.

Get to know her better in her top facts below. 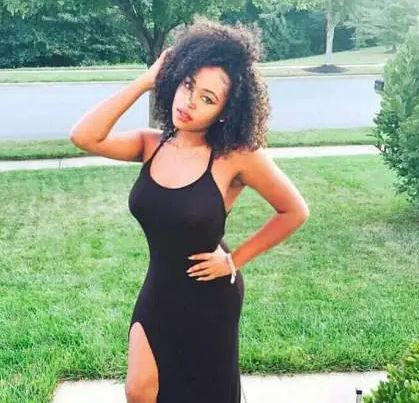 #1 She was a college student

According to her LinkedIn, Cariann attended Hampton University and Temple University. She pursued a degree in Political Science and Government and Philosophy.

#2 She worked as an intern

In 2015, Cariann Hithon worked as a legal intern in the Real State Division at the Office of Central Services in Prince George’s County.

#3 She had trouble with police in the past

Miss Hithon had been convicted on a citation of improper driving in the past and had prior arrests for ********* possession, giving a fake ID to an officer and assault and battery, according to court records.

#4 The incident was caught on video

The moment when Hithon tries to flee the scene and runs over a police officer and then, gets shot –was all filmed by bystanders that uploaded the footage on social media.

#5 Cariann Hithon was killed on her birthday

Hithon was in town celebrating her birthday and investigators believe she and a male friend who was in the car with her had been drinking heavily that day, and witnesses said she appeared to be intoxicated, the outlet reported.

#6 Her father is a retired US Navy captain

Cariann, originally from Maryland, was the daughter of former Navy captain Cary Hinton. He told reporters what his daughter did was so out of her character. He added she had aspirations of one day becoming a lawyer.

#7 The injured officer will live

The injured officer, David Cajuso, was hospitalized and has been since been released. He is recuperating at home.