Her hadsome beau, George Farmer, serves as the Chairman of Turning Point UK. George Farmer is a former Tory party donor and son of Michael Stahel Farmer, a multi-millionaire and former Conservative Party treasurer who is a life peer in the House of Lords.

George was educated at St Paul’s in London, one of Britain’s most exclusive fee-paying schools, he studied at Oxford University, where he was a member of the Bullingdon Club, a male-only dining club. 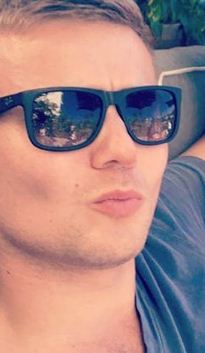 The foundation of TPUK was announced with an event at the Royal Automobile Club, hosted by another multi-millionaire, John Mappin. The launch of Turning Point U.K. won endorsements from several prominent Conservative members of parliament.

George Farmer, has also taken a larger role at the fund, Red Kite. He is a trader at London metals fund. His father, Lord Farmer runs the multi-billion pound metals hedge fund, while George is trading copper and trying to make a name in conservative politics.

The 28-year-old a fund manager at Red Kite, has donated nearly 100,000 pounds ($131,000) to the Tory Party. The younger Farmer has also expressed he is an admirer of Trump, who he sees as a bombastic but effective disruptor.

Is not clear how Candace and George met, however it’s safe to say they have a solid relationship. Farmer popped the question to Candace last February. He wrote about her “I have the most incredible fiancé in the world. I can’t wait for her to be my wife. She is the most amazing, beautiful, intelligent person I’ve ever met”