30-year-old Quinton Anderson Reynolds is the son of actors Burt Reynolds and Loni Anderson. For various years, his famous 82-year-old dad suffered from serious heart problems, which ultimately caused his death on September 6, 2018. 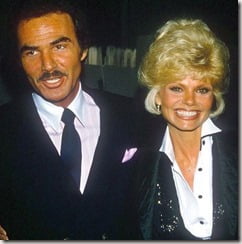 His parents were co-stars in Stroker Ace, a box office failure. They also worked together for the 1989 animated children’s classic, All Dogs Go To Heaven, in which Loni played the romantic interest, rough collie Flo, of Burt’s character, Charlie B. Barkin.

Quinton has an older half-sister, Deidra Hoffman; from his mother’s first marriage.

According to Anderson, Reynolds had repeatedly beaten her and was having an affair. Reynolds lashed back, claiming Anderson had been cheating on him. His reputation suffered further when Anderson insisted a nanny be present for all Reynolds’ visits with son Quinton, scared of “Burt’s erratic behavior”. Following his parents’ scandalous divorce, his mother married one more time in 2008 to musician Bob Flick.

From his father’s recent public appearance, the Philadelphia Enquirer says the legendary actor enjoyed talking to fans; last year according to Yahoo, Reynolds auctioned of more than 600 personal items (like his 1998 Golden Globe), but he slammed reports it was because he was in dire financial straits, despite also being ordered by a judge to pay Quinton’s mom, Loni Anderson $155k nearly 20 YEARS after their divorce. ouch!