Brooke McCarter, who played Paul in “The Lost Boys,” has died after a long-term illness.

According to TMZ, the 52-year-old McCarter passed away Tuesday. The cause of dead has been described as the result of complications from a genetic liver condition.

McCarter’s acting career didn’t quite take off after ‘Lost Boys.’ He made a name for himself as a regular at Horror Conventions around the country. 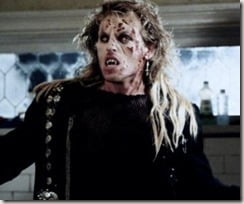 Brooke McCarter, an actor and model whose credits include the 1987 film “Lost Boys,” has died. He was 52.

The actor died Tuesday of a genetic liver condition, according to multiple news sources. Before his film and TV career, McCarter signed with the high-end, New York, New York-based Ford Models. He did commercials for such major retailers as Levi’s and the J.C. Penney Co.

According to Variety, McCarter, who had also appeared in TV shows “The Twilight Zone” and “Route 66,” had few onscreen credits. His final feature film, “Wired,” was a biopic about John Belushi starring Michael Chiklis.

According to McCarter’s website, he left Hollywood in 1998 to pursue a career in the telecommunications industry. 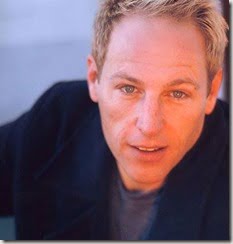 McCarter told horror.com in a 2010 interview, when he was doing publicity for an upcoming horror movie. “Packed up my Hollywood existence and moved to Florida to raise his daughter, according to his IMDb page. The difference in pace was shocking. … No agents, managers or studio casting calls. It was like starting all over again. “Hollywood is such a rat race. It’s nice to win the race a couple of times and not just keep running with no finish line in sight.”

According to an obituary, McCarter also did a recent stint as a producer of the documentaries “Emerging Past” and “Leaves of Green.”

The family added in their statement: “Funeral arrangements are still being finalized. We appreciate your thoughts and prayers during this difficult time.”

He is survived by sister, Melissa McCarter.

We send our thoughts and prayers for all of his family, friends and fans.