Daniel Zamora is the husband of Brittany Zamora -the teacher who pleaded guilty to molesting a 13-year-old boy.

Brittany Zamora was taken into custody in March of 2018 after the alleged affair was uncovered by the boy’s parents. Text messages were found on the teen’s phone which suggested sexual activity between the two both on and off campus.

Allegations on sexual misconduct were flagged to the school’s headteacher who then passed accusations to the police.

Brittany was charged with sexual misconduct with a minor, molestation of a child and public sexual indecency. She will be sentenced in July, and faces at least 20 years behind bars for the sexual misconduct charge.

Prior to the accusations Brittany served as a sixth-grade teacher at Las Brisas Academy Elementary School on Goodyear. She and the student engaged in *** in her classroom and in her vehicle, according to the Arizona Republic.

Daniel Zamora and Brittany tied the knot in 2015. They had known each other since they were teenagers. Shockingly, he apparently attempted to talked down the parents on the idea of reporting his wife telling them

“Brittany has been a great teacher for a long time,” he said. “Five years. She’s done so much for so many students. She made a huge mistake.”

The boy’s parents then claim Daniel Zamora called them and begged them not to report his wife to police after they saw lewd texts between the pair. 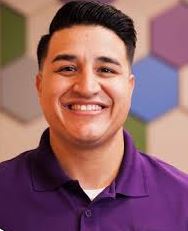 Daniel Zamora also allegedly suggested that he and the boy’s dad “meet up” and “settle this”, but the parent turned down his offer and hung up on him.

As a result, Daniel Zamora was also named as a defendant in a lawsuit the boy’s parents filed against the school district.

The parents claimed Daniel Zamora “was personally aware or should have been aware” of the alleged relationship between his wife and the boy but failed to report it to authorities.

Daniel who lives in Arizona is a Support Tech at Palo Verde Generating Station. He currently serves as the administrator for the ECP. His job in six words: “Support Palo Verde refueling outage maintenance.”

Is not clear if Daniel Zamora and Brittany are still married.