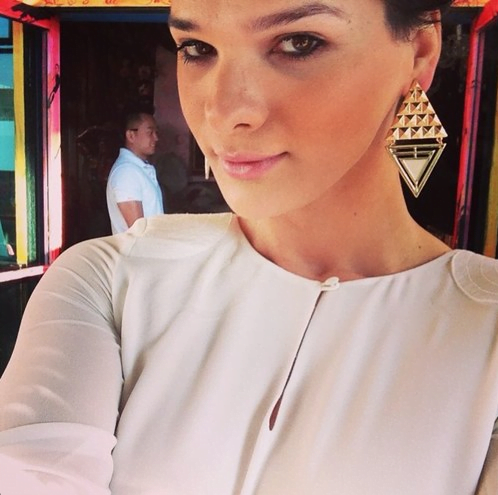 Britney Markham got a taste of her boss’s temper this Saturday! Markham is former **** star actress Jenna Jameson’s assistant but after what went down during the weekend I’m doubting this dynamic duo will work together again!

Britney says that Jameson barged into a Newport Beach salon, started yelling at her and punched her in the stomach! But to really maker feel some pain Jameson did not use her bear fist but hit Markham with her brass knuckles!! And what is the former adult entertainer doing with brass knuckles? Well it turns out is just another embellishment for her iPhone.

Markhan filed has since filed a restraining order against Jameson because she fears for her life after Jameson then threatened her.

Markham went to the hospital after the incident, while her boss was taken by policy possibly facing felony charges since according to TMZ brass knuckles are an illegal weapon in California, but when they’re attached to an iPhone they’re considered an accessory not a weapon! Ouch!

Those are some of Britney’s favorite quotes and we agree with you girl, what happened to you was crazy!

Britney Markham was born June 20th 1989, in Los Angeles, California. She is a transgender model and an adult film actress interested in men at 1.68 height, has brown eyes, black hair, big bubs and medium size …Anyone interested?

She attended Atwater, California High School and currently lives in Huntington Beach, California. We can see on her twitter she describes herself as a STAR! daughter sister aunty friend love muffin with humor of life. Personal interests we can find: feeding children, feeding the homeless and safe ***.

Looks like a total sweetheart doesn’t she! Who would you think will have the last word in this outrageous ¨he say/she say¨ catfight?? Or should I say ¨she say/she say¨

Who stole who? who punched who? who’s going to kill who? In the meanwhile someone should really put those brass knuckles away, those things are dangerous, I guess technology can cause serious damages sometimes!