Dakota Meyer was until recently the husband of Bristol Palin –reality TV star and public speaker best known as the oldest daughter of politician Sarah Palin.

Meyer and Palin have been married for the past two years and together share two children, however reports say they have called it quits on their marriage.

30-year-old Meyer is a former U.S. Marine and 2009 Medal of Honor recipient. He was the only surviving member of his platoon during the war in Afghanistan.

The Kentucky native was born June 26, 1988; the son of Felicia Gilliam and Michael Meyer. 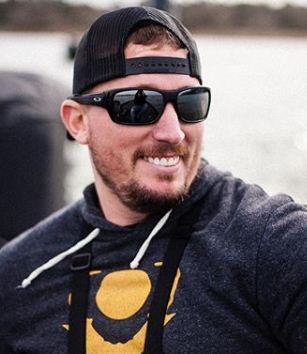 He attended Green County High School and after his graduation enlisted in the Marine Corps. He was active from 2006 until 2010. He is also the author of Into the Fire: A Firsthand Account of the Most Extraordinary Battle in the Afghan War –which was published on September 25, 2012.

When he and Palin began dating he and ex-wife Cassandra were still hitched. He and former wife tied the knot in 2009, at the time he was 19 and she was 21-years-old.

Palin and Meyer were set and ready to be married but they called it quits roughly one week before in 2015; it was later revealed the main reason –thought they never admit it –was due to Dakota’s secret wife!

The two eventually did tie the knot in 2016 and it was also revealed she had become pregnant. The two have welcomed two kids together, Sailor Grace Meyer and Atlee Bay Meyer. Bristol is also the mother of Tripp Easton Mitchell Johnston –from her highly publicized relationship with former high school sweetheart, Levi Johnston.

According to People the couple discussed their marriage in front of Teen Mom OG cameras and it was revealed that Meyer is suffering from PTSD and anxiety. The father of two and former Marine keeps busy with his podcast, ‘Owning It.’